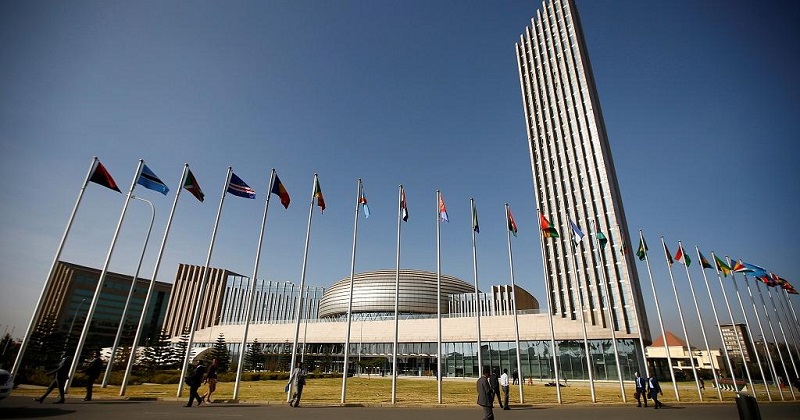 Concept Note I. Introduction and Background

The African Union Commission (AUC) through the Political Affairs, Peace and Security Department , in collaboration with the Rwanda Permanent Mission to the African Union, in Addis Ababa, Ethiopia organized the 28th Commemoration of the Genocide against the Tutsi in Rwanda at the AUC on 7th April 2022. This statutory activity was held under the theme: “Remember-Unite-Renew”, and was a momentous occasion to remember the lives lost, show solidarity with the victims and survivors, and unite and renew efforts to ensure that such tragedy never happens again in Africa or anywhere else in the world.

Furthermore, the commemoration of the 1994 genocide against the Tutsi in Rwanda also provides an opportunity to learn about Rwanda‟s story of reconciliation and nation-building. In modern times, no one thought that a crime of this magnitude could occur. But in 1994, more than one million Tutsi were massacred by „Interahamwe‟ militia and government forces over a period of just 100 days in Rwanda. Their goal was the elimination of all the Tutsi in the country through the mobilization of ordinary citizens, who killed their fellow Rwandans with the backing and blessing of the central government and local leaders.

One way for Africans to honor the lives lost in the genocide is to reflect on the reasons why the AU has failed to implement its principle of non-indifference enshrined in Article 4(h) of its Constitutive Act and on the steps the continental body needs to take to make it a reality.

It will also be an opportunity for participants to renew their commitment to the lessons learned from the genocide, which includes bringing suspected genocidaires hiding in African countries to justice.

As part of this year’s series of commemoration events, both the AUC and the Embassy of Rwanda will collaborate to organize a symposium on 16th June, 2022 that will be hosted by the Institute for Peace and Security Studies (IPSS).

II. Objective of the Symposium The symposium aims to provide recommendations to policymakers on how to fight against all forms of genocide manifestations. It will also raise awareness about the issue to critical stakeholders, particularly the youth and academia, by educating them about genocide ideology, genocide denial, and hate speech.

III. Outcomes of the Symposium

The expected outcomes of the symposium are: i. Educate the audience about genocide ideology, genocide denial, hate speech and the need to fight against all forms of their manifestations. ii. Assess regional responses and ongoing initiatives addressing these issues. iii. Advance the role of African citizens, member states, regional organizations, communities, and other stakeholders in the fight against genocide ideology. iv. Put forward practical and sustainable policy recommendations targeting relevant stakeholders.

IV. Outputs of the Symposium

The expected outputs of the session are:

An outcomes document to be shared with the Peace and Security Council and other stakeholders;

Video recordings to be shared on PAPS, Embassy of Rwanda in Ethiopia, IPSS and Tana Forum social media platforms;

Coverage of the dialogue proceedings on PAPS, Embassy of Rwanda in Ethiopia, IPSS and Tana social media platforms;

A policy Brief to be developed on a topic to be determined.

The symposium will take place in a face-to-face format. Registered participants will attend the symposium in person at the AUC.

Throughout the symposium, a discussion between experts will result in practical political and technical recommendations. It will also offer networking opportunities for stakeholders working in peace and security.

The discussion will take place in English with simultaneous interpretation in French.