ZIMBABWE and Rwanda last week signed an agreement that will help expedite « two specific criminal cases » as Kigali seeks the extradition of individuals suspected of involvement in the country’s 1994 genocide. By NZ 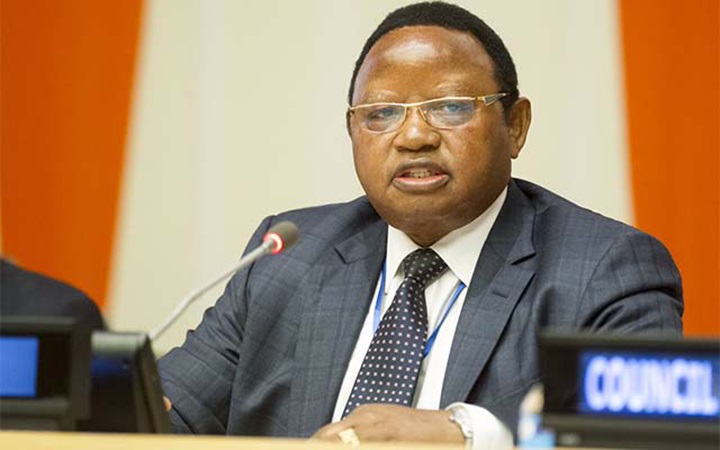 The 1994 killings claimed close to a million lives and a United Nations (UN) unit and the Rwanda government have been hunting down the 93 accused war criminals indicted by the International Criminal Tribunal for Rwanda (ICTR).

In May this year, it emerged that one of the major fugitives, Protais Mpiranya, a notorious head of the Presidential guard at the Genocide, had died in 2006 while hiding in Zimbabwe.

And now judicial authorities in Kigali believe that Zimbabwe could be home to more ex-senior army officers wanted in connection with the genocide.

According to sources in Kigali, some of these former senior Rwandan army officers were based in Harare, where they allegedly run thriving business ventures.

They would all have changed their identities and taken on new names, having arrived in Zimbabwe in 1996 after initially being based in eastern Democratic Republic of Congo (DRC).

The Rwandan Ministry of Justice said the new agreement with Zimbabwe, which came after two years of negotiations, will also promote mutual legal assistance between the two countries.

Zimbabwe and Rwanda fought on opposing sides during the second DRC war which started in 1999 as Kigali pursued génocidaires who had fled to eastern DRC and formed armed groups.

Harare reportedly deployed 10,000 troops to back the DRC government at a cost of about US$3 million a month in an unpopular intervention that was widely condemned locally and internationally.

Relations between the two countries have however, been improving under President Emmerson Mnangagwa’s new dispensation.

Rwanda is currently recruiting hundreds of teachers from Zimbabwe to cover a skills gap in the east African country.

However, the discovery of Mpiranya’s grave under a false name in an overgrown cemetery outside Harare was a moment of discomfort for the Mnangagwa government.

The administration had to deny allegations that Zimbabwe was harbouring genocide suspects.

« As a law-abiding nation, Zimbabwe will never harbour criminals and welcomes findings from the DNA samples extracted from the fugitive, » foreign affairs minister, Frederick Shava, said in a statement.

He added that the government of Zimbabwe cooperated with UN investigators into Mpiranya’s case.

« The government of Zimbabwe wishes to clarify some recent media reports that are circulating insinuating that the government was harbouring the most wanted Rwandese fugitive, Protais Mpiranya, whose remains were allegedly found in Zimbabwe under the alias Ndume Sambao.»

Shava added; « From day one, Zimbabwe cooperated fully with the investigation team.

« The Zimbabwean authorities have consistently cooperated and adhered to the country’s international legal obligations. »