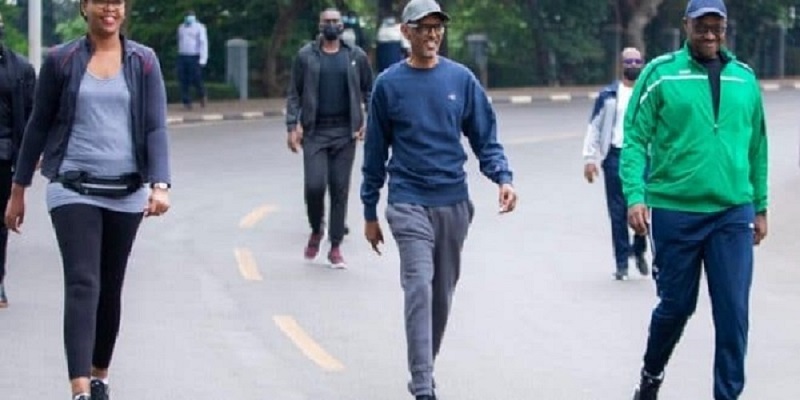 The tourism data for the pre-COVID-19 period are striking. In 2019, tourism revenues increased by 17% from US $ 425 million in 2018 to US $ 498 million in 2019 . And the capital City of Kigali is working hard to become a top tourist destination. To achieve this, it has decided to turn to sport tourism, one of the fastest growing sectors of tourism.

Not only has the city focused on attracting major sporting events, but it has also looked at how to develop its attractiveness through active sport tourism, while putting the interests of local people at the heart of this strategy.

This dual strategic approach of hosting events and developing active sport tourism has raised Rwanda’s profile as a sport tourism destination. It has also generated revenue from sport and provided short-term employment opportunities. These types of activities will be scaled up to make Rwanda a sports hub in the region and in Africa. 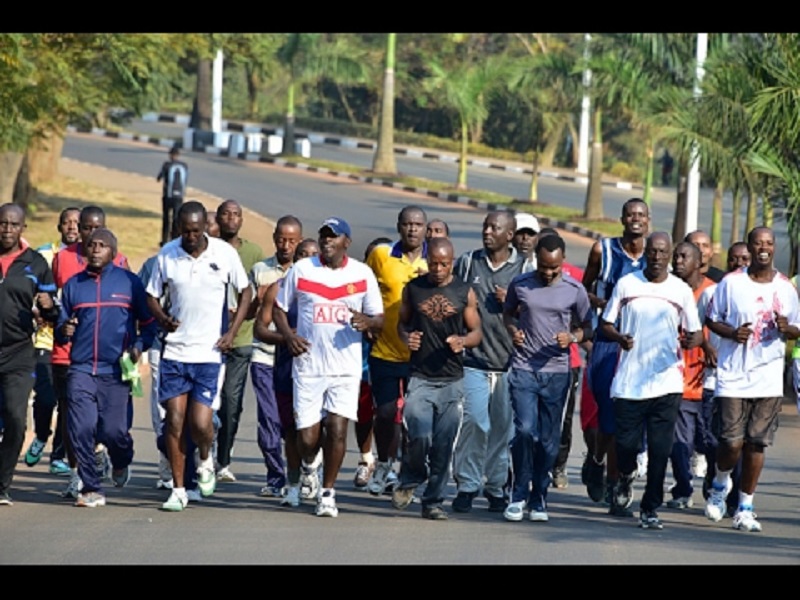 The City of Kigali’s tourism attributes

Noted as one of the safest and friendliest of African capitals, Kigali enjoys a moderate high-altitude climate that belies its tropical location. It is a three-hour drive from the main tourist sites of Musanze (in the north) and Akagera National Park (in the east of the country). 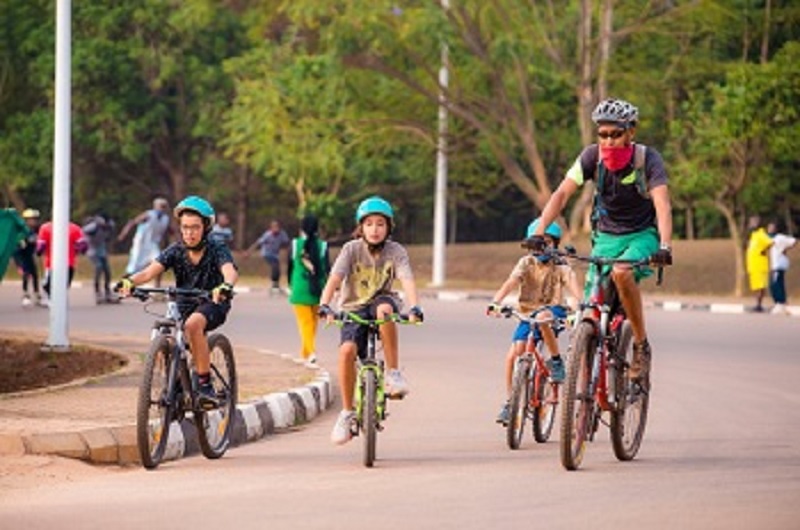 The City of Kigali’s tourism attributes

Noted as one of the safest and friendliest of African capitals, Kigali enjoys a moderate high-altitude climate that belies its tropical location. It is a three-hour drive from the main tourist sites of Musanze (in the north) and Akagera National Park (in the east of the country).

Together with the ‘Tour du Rwanda’ (cycling competition), the Kigali International Peace Marathon is the sport event that attracts the most visitors to Kigali.

The Kigali International Peace Marathon has become a ‘can’t miss event’ and continues to grow. As the only marathon in the world organised under the theme of peace, the event is used by the City of Kigali as a platform to promote peace and to raise its sports profile. Plans are in place to elevate this annual running event to a major ‘destination’ marathon with great potential for international runners.

The 13th edition of Kigali International Peace Marathon 2021, took place on June 20, 2021, with a limited number of participants and strict COVID-19 protocols. 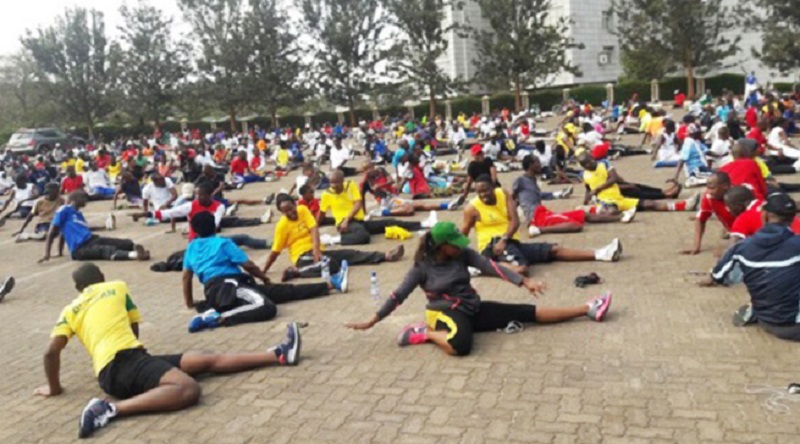 To stop the spread of COVID-19 pandemic, the City of Kigali underwent a total lockdown in March-April 2020 and in FebruaryMarch 2021 and restrictions were imposed: restriction of movements, closure of sports facilities, sports events, closure of borders and airports. These COVID-19 preventive measures put a stop to almost all sports events, except for individual sports such as jogging, running, walking, and cycling.

The City of Kigali’s approach to active sports tourism deserves special attention. Indeed, through the development of active sports tourism, the city sees the opportunity to make its inhabitants more active. This approach not only benefits the locals but also promotes the city through being active rather than just saying so. Two concrete examples are presented here.

The development of a new sports hub

The southern suburb of Gahanga (now under development), is set to become a primary sports hub for Kigali residents, which will also drive economic growth in the region. It will offer spaces for leisure activity and therefore facilitate an active lifestyle for residents.

In addition, this new hub will see the development of Eco Parks and other outdoor recreational facilities to boost eco-tourism and promote cultural activities. It will also see the establishment of cultural centres based on the city’s unique heritage of promoting tourism (and also foster a sense of belonging among Kigali residents). 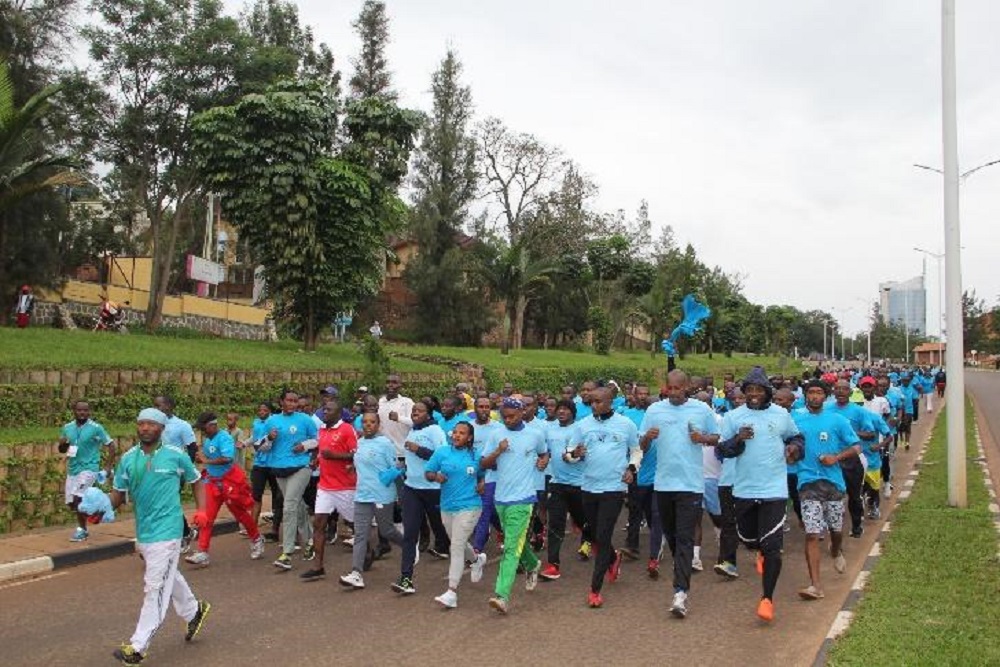 The Kigali Car Free Day and its marathon

Kigali Car Free Day – a sport event initiated and managed by the City of Kigali – is organised twice a month, with some Kigali’s roads closed for motorised vehicles to be used only for walking, jogging, and cycling.

The event not only contributes to the promotion of Kigali internationally, as a healthy and green city, but mainly aims to promote the culture of sport among Kigali City residents and to make Kigali a green city, contributing, to a certain extent, to the reduction of gas emissions by alleviating road traffic.

Organised every other Sunday, the event is also an opportunity for great cheer and socialisation for City residents. It is a moment dedicated to the well-being of the city inhabitants by placing the promotion of a better lifestyle as a priority, offering a variety of sports activities in groups as well as free medical screening stands and medical advice for non-Communicable Diseases (NCDs).

This initiative, which is very popular in Kigali is attracting more and more participants, and is currently being scaled up in other Districts and remote areas of the country. The Car-Free Day also provides opportunities for mobilisation on environmental protection awareness campaigns during environment week, such as plastic reduction, natural resource management, air pollution, and an improved healthy lifestyle including exercise, better nutrition habits.

The cheerful atmosphere prevailing during this event makes it attractive not only for residents, but also for visitors who have made it a “not-to-miss” event while they are in the country. Most of them gave this event high praise in their blogs and comments in social media when they returned home, which the City of Kigali hopes, will attract other visitors or at least be on the agenda of those who will be coming for other purposes.

Kigali is known for being the cleanest and safest city in Africa. In 2008, the City of Kigali was honoured with the prestigious Habitat Scroll of Honour award from the United Nations Human Settlements Programme. The award acknowledged the City of Kigali’s contribution of many innovations in building a model, modern city symbolised by zero tolerance for plastics, improved garbage collection and a substantial reduction in crime. The City of Kigali is the first city authority to win this prestigious award in Africa.