THE HIGH COURT has denied a bid to stop the Government sending migrants who have crossed the English Channel to Rwanda, paving the way for the first flight to go ahead on Tuesday. By Aleks Phillips

The deportations had been part of Home Secretary Priti Patel’s desire to curb illegal and often dangerous crossings, as the UK has seen a record number. Human rights campaigners had launched a legal fight with the Government to block them from doing so.

Bravo Priti! It isn’t racist to deport illegals, says CAROLE MALONE. Up to 130 people had been notified they could be removed under the arrangement.

The court heard that 31 people were due to be put on the first flight on Tuesday, with the Home Office planning to schedule more later in the year.

During the proceedings, it emerged the Home Office had already cancelled removal directions for three asylum seekers set to be on the first flight. A further two will also have them cancelled.

The two remaining migrants who launched the claim are still set to be put on Tuesday’s flight to Rwanda. 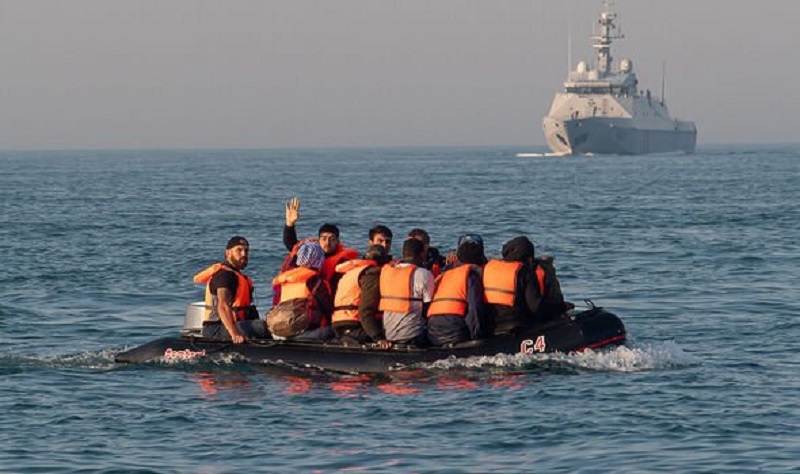 More than 10,000 asylum seekers have already crossed the Channel

Lawyers for almost a hundred migrants had submitted legal challenges asking to stay in the UK, with the remaining expected to follow suit.

However, Mr Justice Swift ruled against the claim, stating: « I do not consider that the balance of convivence favours the grant of the generic relief. »

Shortly after the ruling, the judge granted permission for the ruling to be appealed, which is expected to take place on Monday.

Reacting to the news, Ms Patel said: « I welcome the court’s decision in our favour, and will now continue to deliver on progressing our world-leading migration partnership.

« People will continue to try and prevent their relocation through legal challenges and last-minute claims, but we will not be deterred in breaking the deadly people smuggling trade and ultimately saving lives. »

Patel: « We will not be deterred in breaking the deadly people smuggling trade » (Image: PA) « Rwanda is a safe country and has previously been recognised for providing a safe haven for refugees - we will continue preparations for the first flight to Rwanda, alongside the range of other measures intended to reduce small boat crossings.»

Owing to the African nation’s prior poor record on human rights, concerns have been raised that the asylum seekers may be treated differently by authorities.

During the hearing, Raza Husain QC, acting on behalf of the migrants, told the court the « procedure is simply unsafe ».

The barrister later said that the agreement between the two countries, known as a Memorandum of Understanding, was « unenforceable »