UK: Rwanda Flights Must Take Off to Stop Deaths in The Channel - Priti Patel

PRITI Patel insists Rwanda flights must commence to ’prevent further loss of life in the Channel’. August saw the biggest monthly arrival of migrants since the crisis began at least four years ago. By Michael Knowles 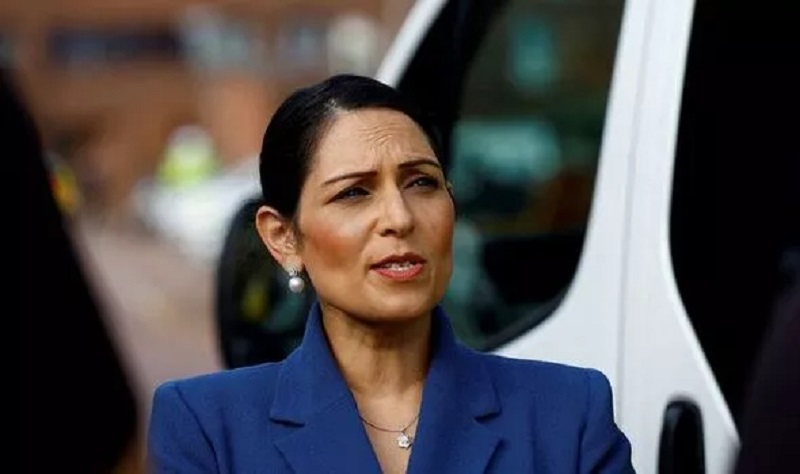 The Home Secretary, speaking ahead of Monday’s High Court action between the Home Office and campaigners, said the Government expected challenges to the policy. The hearing – scheduled to last five days – will rule on whether the plan is legal.

But Ms Patel said: « Those behind these challenges have regrettably delayed the implementation of our partnership and have only succeeded in giving succour to the people-smuggling gangs, resulting in more people boarding flimsy craft.

Ministry of Defence data revealed 8,644 people were taken off 189 inflatables last month, including a daily record of 1,295 on August 22.

Some 27 migrants died last November after a flimsy boat capsized near the French port of Calais.

A survivor told how both the UK and French authorities refused to accept responsibility for the sinking boat. The number crossing has passed 26,000 this year, with 960 coming here on Saturday in 20 small boats.

The French authorities said they also stopped 190 people on Saturday.

The Government announced the Rwanda scheme in April and views this as vital to combating the Channel activity.

Ms Patel added: « We expected legal challenges to this innovative plan and will be vigorously defending the Migration and Economic Development Partnership in court.

« I’m proud to work with Rwanda on our world-leading partnership, which will see those arriving via dangerous, illegal and unnecessary routes to the UK considered for relocation to Rwanda where they will have their cases considered.

Tory leadership frontrunner Liz Truss has vowed to « support and extend the Rwanda policy ». The Government announced on Friday the appointment of an Independent Monitoring Committee to oversee compliance with human rights.

Albanians now account for up to 60 per cent of all Channel small-boat arrivals – and the Home Office is speeding up deportation of arrivals from there as it is considered safe.

Clare Moseley, of campaign group Care4Calais, said if the Government is successful the first flights could take off before Christmas.

She added: « We spoke to people who tried to kill themselves, people on hunger strikes, people whose families were begging us, ‘Please don’t let my son or father be sent to Rwanda’. It was horrific. »

A Home Office source insisted: « No one will be relocated to Rwanda if it would be dangerous for them. »