After the latest in a series of scandals prompted a rebellion by members of his Conservative Party, Mr. Johnson said he would step down. He plans to remain as prime minister until a successor is chosen. By Mark Landler, Megan Specia and Stephen Castle 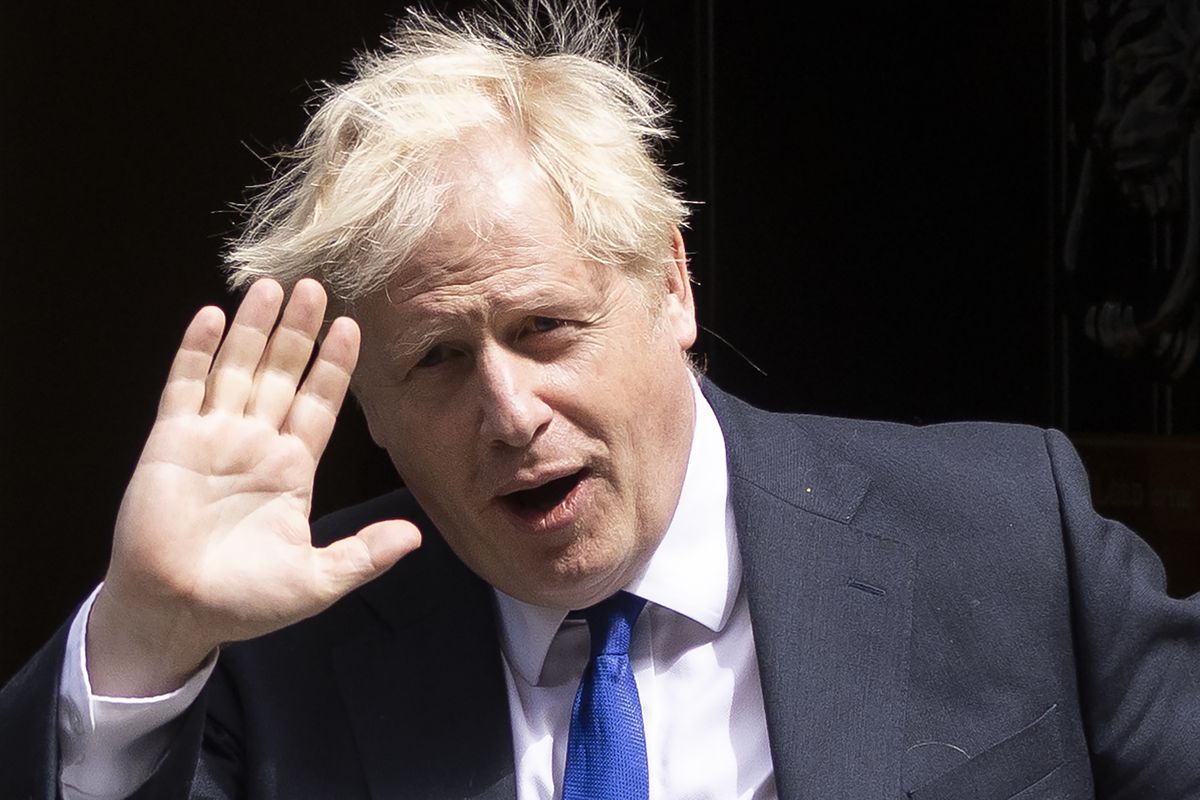 The British prime minister stepped down as Conservative Party leader after recent scandals prompted a wave of resignations from his top officials. He plans to stay on as prime minister until a successor is in place.CreditCredit...Henry Nicholls/Reuters

Boris Johnson said on Thursday that he would step down as Britain’s prime minister, after a wholesale rebellion of his cabinet, a wave of government resignations and a devastating loss of party support prompted by his handling of the the latest scandal that has engulfed his leadership.

Mr. Johnson said he would stay on in his post until the Conservative Party chooses a new leader, which could take several months. He said he expected the timetable for his departure and the selection of a successor to be decided on Monday by a committee of senior Conservative lawmakers.

“It is clearly now the will of the parliamentary Conservative Party that there should be a new leader,” Mr. Johnson said in remarks outside Downing Street. “The process of choosing that new leader should begin now.”

Mr. Johnson’s resignation brings an abrupt end to a tumultuous tenure that was distinguished by the landslide victory three years ago and a successful drive to pull Britain out of the European Union, but that collapsed under the weight of a relentless series of scandals.

Mr. Johnson said he had tried to hold on to his job, because he felt it was his duty and his obligation to continue the work he had done since 2019, when he led the Conservative Party to a landslide election victory on a promise to “Get Brexit Done.”

“I want to tell you how sorry I am to be giving up the best job in the world,” Mr. Johnson said to a crowd that included aides and his wife, Carrie, who held the couple’s daughter, Romy. “But them’s the breaks.”

Mr. Johnson’s decision capped a dizzying 48 hours in British politics that began on Tuesday evening with the unexpected resignation of two of his highest-ranking ministers — the chancellor of the Exchequer, Rishi Sunak, and the health secretary, Sajid Javid. That was followed by a flurry of resignations of other ministers and officials all day Wednesday and on Thursday morning.

The 1922 Committee, the powerful body that represents Conservative Party backbench lawmakers, is likely to use the summer vacation to complete the process of selecting the new Conservative Party leader who will become prime minister. At the very latest, they will want to have installed the person by the time of the annual party conference in the fall.

Among the potential candidates are Mr. Sunak and Mr. Javid; Liz Truss, the foreign secretary; Suella Braverman, the attorney general; and Nadhim Zahawi, who briefly replaced Mr. Sunak as chancellor. There are also two outsiders: Jeremy Hunt, a former foreign secretary who challenged Mr. Johnson for the party leadership in 2019; and Tom Tugendhat, the chairman of the Foreign Affairs Committee.

Whether Mr. Johnson will be able to stay in power until the fall was not clear, given the intense backlash against him in the party. The opposition welcomed his departure but said it was long overdue.

Keir Starmer, the leader of the Labour Party, said it was “good news for the country that Boris Johnson has resigned,” but added: “It should have happened long ago.”

Mr. Johnson’s latest troubles erupted last week after a Conservative lawmaker, Chris Pincher, became drunk at an exclusive London club, where, it was alleged, he groped two men. Mr. Johnson had appointed Mr. Pincher to a senior party position in February despite earlier complaints of inappropriate behavior against Mr. Pincher.

Mr. Johnson at first denied being aware of the previous complaints, but it later emerged that he had known about them, and he eventually acknowledged that it was a mistake to have named Mr. Pincher to the elevated position.