Rwanda and Zimbabwe have signed three key agreements as the two countries continue to cement their relations. Africa-Press 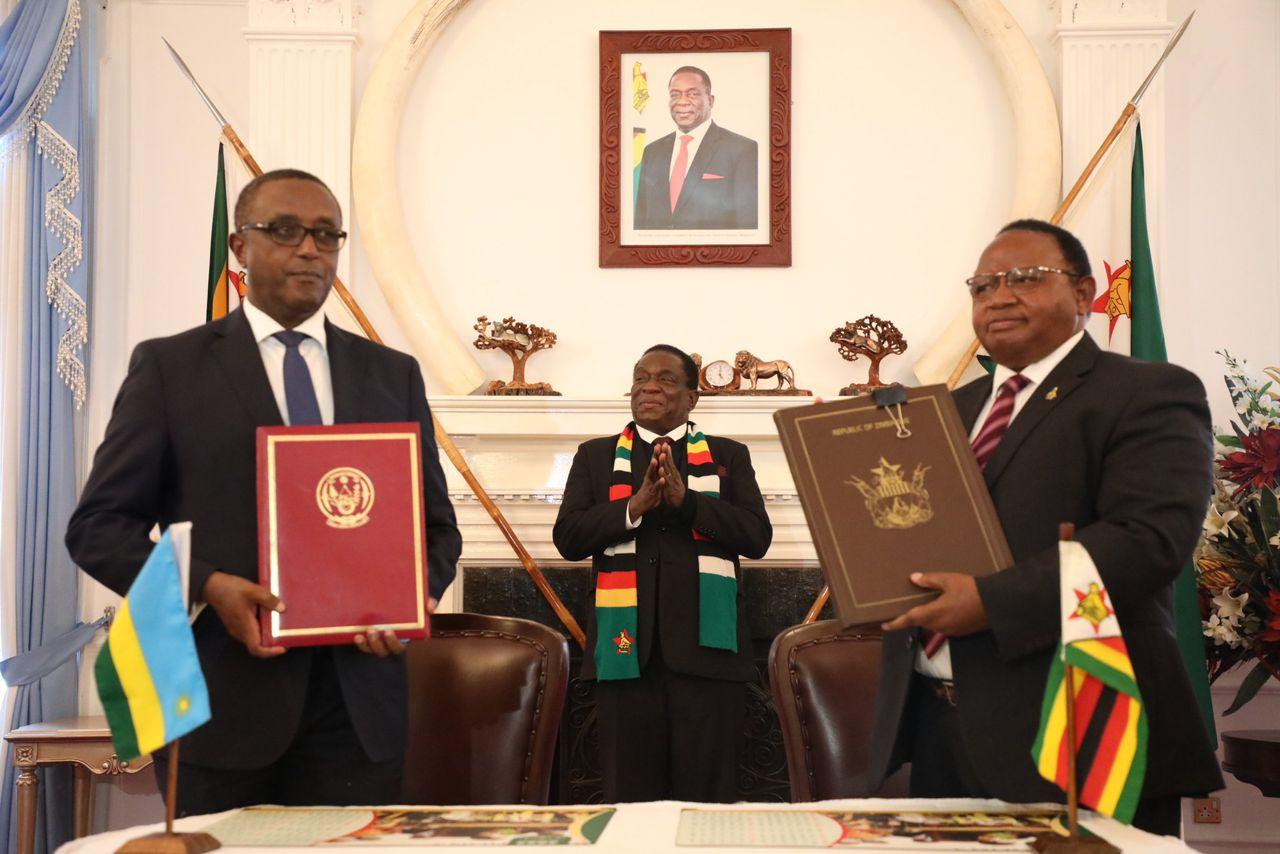 Pacts signed include the Extradition Treaty, Memorandum of Understanding on Immigration Cooperation and another memorandum on Cooperation when investigating civil aircrafts accidents and serious incidents.

During the signing of the agreements, Rwanda was represented by the Minister of Foreign Affairs and International Cooperation, Vincent Biruta, who is in Zimbabwe.

While Zimbabwe’s Home Affairs, Minister Kazembe Kazembe, represented during the signing of the Extradition Treaty and the Memorandum of Understanding on Immigration Cooperation.

The Minister of Foreign Affairs and International Trade, Fredrick Shava, signed the MoU on Cooperation for investigating civil aircraft accidents and serious incidents.

Zimbabwe’s President Emmerson Mnangagwa witnessed the signing of the agreements at State House.

After the signing ceremony, Biruta said Rwanda’s partnership with Zimbabwe is mainly to deal with trade and investment between the two countries.

« There are many sectors; I talked about trade and investment, which is a huge area which comprises agriculture, energy and many other sectors, » Biruta said.

« We have MoUs in place so we just need to implement them and start working. »

Both countries held reciprocal trade and investment conferences aimed at identifying and exploiting opportunism presented by each of the two countries.

The Rwanda and Zimbabwe Trade and Investment Conference held in September last year in Kigali was officially opened by President Paul Kagame which Zimbabwe’s President Mnangagwa officiated at the return leg in Harare in March this year.

« Zimbabwe and Rwanda enjoy an excellent relationship and we have many other MoUs, 19 of them, » Biruta said.

« Some have started being implemented and these ones need also to be implemented and we need to come up with action plans between both governments to implement the MoUs and the agreements that we have signed. »

« All these MoUs, the agreements that we are signing are just a framework to be able to work on various issues. We signed an extradition treaty and this is a very important instrument to be able to deal with criminals who could be here or in Rwanda who committed crimes here, » Biruta added.

On Sunday, July 31, Biruta will officially inaugurate the Embassy of Rwanda in Harare, which was opened in February 2019.