EXPRESS readers have said Archbishop of Canterbury Justin Welby should not have stepped in to the Rwanda migration row after he used his Easter Sunday service to condemn Boris Johnson and Priti Patel’s plans. By Katie Elliott 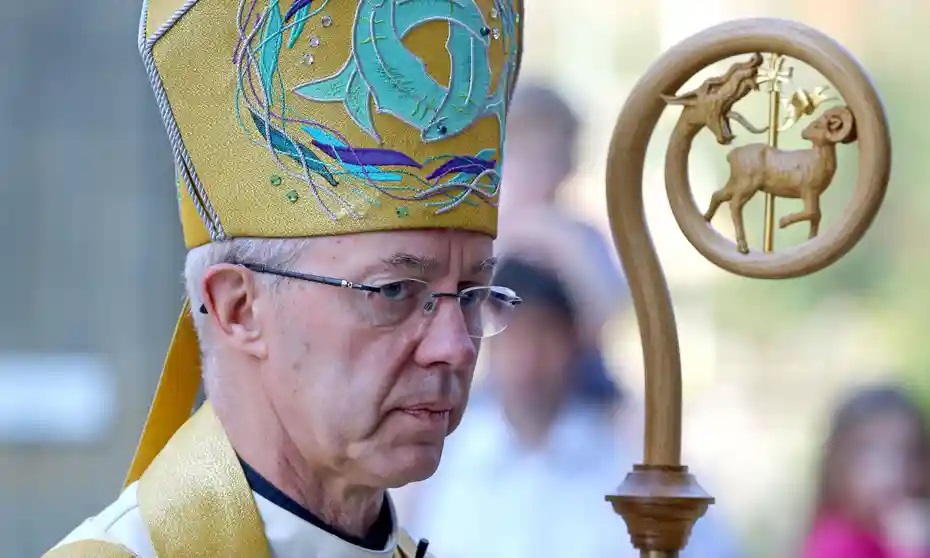 EXPRESS readers have said Archbishop of Canterbury Justin Welby should not have stepped in to the Rwanda migration row after he used his Easter Sunday service to condemn Boris Johnson and Priti Patel’s plans.

The policy would see people who are deemed to have entered the UK unlawfully being sent to Rwanda, where they can apply for asylum. But the proposals were fiercely condemned by the head of the Church of England, Justin Welby, during a scathing attack during his Easter sermon. Justin Welby blasts Boris Johnson over Rwanda asylum seeker policy The archbishop accused the Government of « sub-contracting out our responsibilities, even to a country that seeks to do well, like Rwanda », adding it « is the opposite of the nature of God who himself took responsibility for our failures ».

Mr Welby said there are « serious ethical questions about sending asylum seekers overseas », adding: « The details are for politics. The principle must stand the judgment of God, and it cannot.

A poll conducted by Express.co.uk today which asked « was Justin Welby right to interfere in the Rwanda and migration issue? » found readers thought the Archbishop shouldn’t have stepped in.

Was Archbishop Justin Welby right to interfere in the Rwanda and migration issue? POLL (Image: PA) Reader Cjjs said: « I do dislike the way he got involved in politics and is pretending that his views are Gods views.»

Diddy David posted: « Totally wrong. He should keep his nose out it. Politics and religion are two causes of war. He’d be better off keeping his snout out. »

While reader pugli added: « So we now have an Archbishop of Canterbury who is happy to enrich the evil smuggling gangs and to see people dying attempting to cross the channel. God help us! »