There is a consensus in intellectual circles that France has committed humanitarian crimes as part of its colonialist policies. It is also a fact that even politicians have reached a point where they cannot deny it. By Merve Berker 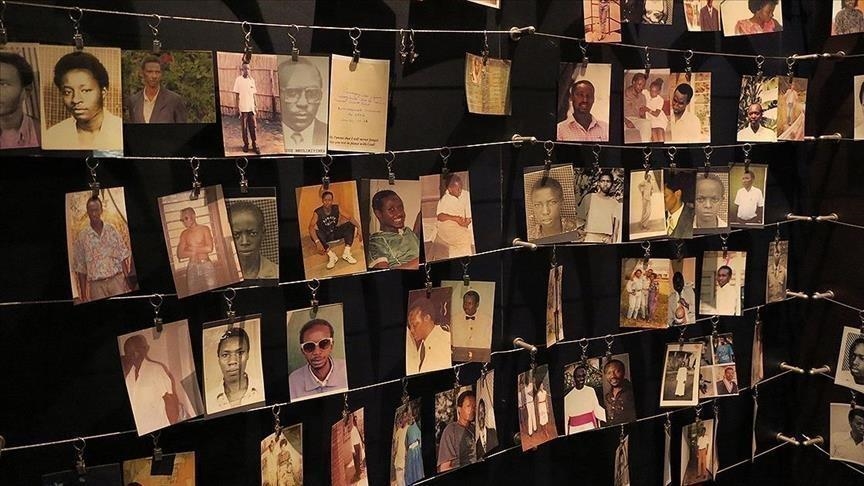 It is now a known fact that colonialism, which has been adopted by the West, particularly in France, as an “innocent ideology of helping socially, economically and politically underdeveloped nations adapt to the civilized world," is no longer considered this way among the African countries where it had been harshly practiced.

Colonialism has found supporters for the purposes of civilization and developing humanistic ethics even in countries that had been exploited a century ago. Though today, it is considered a crime against humanity, especially due to the crimes committed by France.

There is a consensus in intellectual circles that France has committed humanitarian crimes as part of its colonialist policies. It is also a fact that even politicians have reached a point where they cannot deny it. Actually, these crimes, many of which are recorded in the archives and disclosed one by one, prove the phrase “The truth cannot be hidden.”

France’s crimes in Africa in recent past

We see that these crimes have continued even in the modern age. For instance, the Thiaroye massacre is one of the most painful incidents to which the Africans had been exposed. As it is known, a significant number of soldiers from many African countries had given their lives under the French uniform when France was under German occupation during World War 2. Although this was the situation, the Senegalese people faced unforgettable treatment. In the incident in November 1944, Senegalese soldiers, who returned to their homelands after taking part in the snipers’ battalion, demanded the granting of personal rights and payment. In return for this innocent demand, the French gendarmerie opened fire upon Senegalese soldiers, which slaughtered hundreds, according to Senegalese historians. At this point, it is important to say that the Senegalese people were also stripped from their dignity. Allegedly, some Senegalese soldiers, who the German soldiers captured for a while, were killed with the suspicion of betrayal. Of course, even in this situation, they should have been judged at least. However, France did not even show tolerance for soldiers’ demand for their payment.

Another horrible incident happened in 1967, during when the Biafra region asked for independence from Nigeria. Basically, the beginning of events dates back to 1960. The Nigerian Federal Government’s desire to approach the Anglo-Saxon countries, the US and UK, was met with a reaction by France, and as a result, the De Gaulle government triggered a civil war by secretly sending weapons to the Biafra region. In other words, Nigerians were punished [1]. For such policies, the claim that a unit called “Franceafrique” is of particular interest in foreign affairs and also that France is not afraid to take operational initiatives if necessary for its presence in Africa has a structure almost similar to the organization of counter-guerrillas, is seriously expressed. As a result, thousands of Africans were again sentenced to death due to the clashes of colonialist ambitions.

Recently, the French back up for the Hutus under the former president François Mitterand, which led to the massacre of more than 800,000 Tutsis in Rwanda, is still in the memory and remains an issue discussed by colonialists and human rights defenders in French politics. Even half-heartedly, Paris seems to have accepted that it caused the genocide in Rwanda.

It is quite difficult to imagine that the suffering of the African continent would end soon. Since there is no consensus on this issue, neither in France nor among human rights defenders, on how to decriminalize the inhumane practices committed in Africa or how to punish the perpetrators.

The impact of the African approach and the distortion of humanitarian perspectives cannot be denied in this. It is not known which anthropological and sociological research it is based on, the definition of a “low-skilled person” that has been put forward, which is also contrary to the Universal Declaration of Human Rights, is still being covered by the far-right press.

For instance, during the Barkhane operations launched by the European country, both the public and politicians did not show the necessary reaction to the fact that children were raped in Mali, but rather the visual and written press tried to cover up the incident. Moreover, the scientific explanation of the cruelty suffered by Malian children in the discussions under consideration has gone down in history as a complete disgrace.

The efforts of the so-called intellectuals to link the rape to the fact that the French soldiers were away from their homeland and the destruction caused by climatic conditions in human psychology did not escape attention. Because of this, it is almost obvious that they are trying to exonerate the rapists. In fact, it is possible to state that they are at the same time the reflections of the society in the state.

It is worth noting that in recent years, the inhumane treatment suffered by the Africans has been seriously raised. In addition, we are witnessing the questions like “Is France losing Africa?”, “Are new sociopolitical power balances being established in Africa?” or “Why are African people hostile to France?” have been raised frequently in both domestic and foreign politics of France.

Of course, France, which has a colonial past for nearly two centuries and has made maximum use of both material and human resources during this time, shows sensitivity to Africa. In this respect, we see that French dignitaries often travel to African countries. Most recently, on July 26, President Emmanuel Macron went on an extensive African tour. It is noteworthy that Macron, who first moved to Benin, and then to Cameroon, emphasized cooperation here, especially in agriculture and the fight against terrorism together. However, it is obvious that the visit has a serious significance based on the fact that Russia, China and Brazil are increasing their presence in Africa day by day.

Meanwhile, it is possible to accept the presence of Russian Foreign Minister Sergei Lavrov on a tour of Africa as an indication of a possible Russia-France conflict over the continent. It is obvious that this is not a good sign for Africa. It is likely that this unfortunate continent — home of the potentially rich underground resources, agriculture and economy — will become the scene of new dramas, massacres, deportations and migrations that will affect the whole world.