AFRICA: Why Has Swahili not Become Africa’s Unifying Language ?

July 7 was a big day for Africa as it celebrated the first World Kiswahili Language Day. Citizens across Kenya, Tanzania, Zanzibar, South Africa, and the world marked the day with celebrations on the streets and online using the hashtags #KiswahiliDay2022 and #KiswahiliDay. This was the first official holiday since UNESCO designated July 7 as international Kiswahili language day in November 2021. By Njeri Wangari 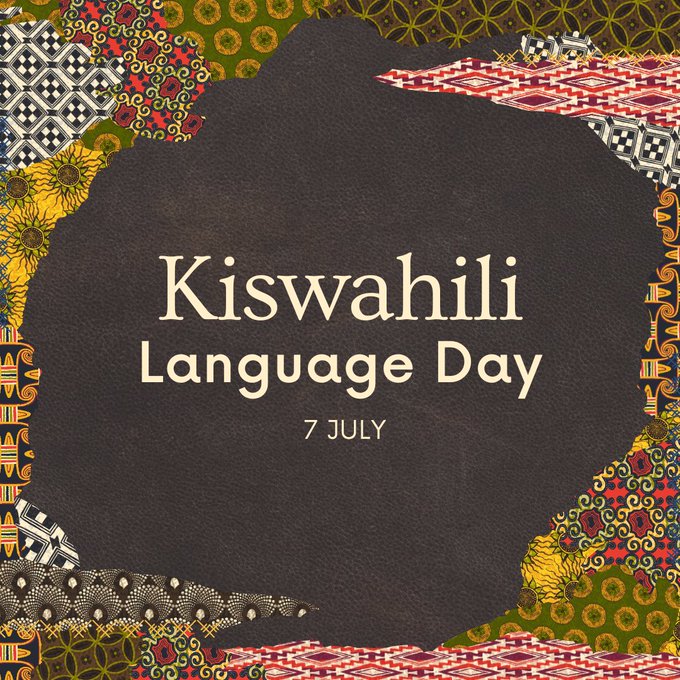 The Kiswahili East African Commission (KAKAMA), an inter-governmental organization that promotes and coordinates the development of Kiswahili, was given the first opportunity to organize events to mark the day throughout East Africa. Organizers hosted an event at the KAKAMA headquarters and drew numerous members of the partner states in the East African community.

Kenyans marched the streets of the capital Nairobi to mark the celebrations in a processesion led by the country’s Tourism and Wildlife Cabinet Secretary and head of the National Steering Committee of the World Kiswahili Language Day 2022, Najib Balala.

In Uganda, the national cabinet approved a motion to adopt Kiswahili as an official language following a resolution in February last year during the 21st summit of the East African Community (EAC), in which they agreed to adopt English, French, and Kiswahili as official languages of the community. The Ugandan cabinet also recommended requiring primary and secondary schools to teach Kiswahili in class. The EAC is a regional intergovernmental organization made up of seven Partner States: The Democratic Republic of the Congo, the Republics of Burundi, Kenya, Rwanda, South Sudan, Uganda, and the United Republic of Tanzania, with its headquarters in Arusha, Tanzania. Kiswahili is an official language in all six of Uganda’s partner states.

In Tanzania, the government announced plans to construct a Kiswahili University and has set aside 100 acres in the coastal region of Bagamoyo for the development of this project.

Online, a video featuring South African opposition leader Julius Malema addressing the importance of teaching and learning Swahili as an international language and rallying Africans to embrace Swahili as Africa’s lingua franca, prompted mixed reactions from netizens across Africa and revived an ongoing discourse among linguists and cultural advocates: can Swahili be Africa’s primary language?

Swahili: Among the top 10 most common languages

Considered among the top world’s ten most widely spoken languages. With over 200 million speakers, it is the first African language to receive such accolades. Since becoming the primary language in East Africa, its speakers are now spread out in more than 14 countries, including Zambia, the Democratic Republic of Congo, Malawi, South Sudan, Mozambique, Yemen, Oman, Somalia, and Comoros. Swahili is taught in over 100 institutions in the US alone as well as in Great Britain, Germany, Canada, Poland, Mexico, Russia, Japan, China, India, and Australia, to name just a few.

In 2o2o, South Africa became the first country in the southern African region to offer Kiswahili as an optional subject in schools. In February this year, Addis Ababa University in Ethiopia announced that it will start teaching the Swahili language.

Despite Kiswahili becoming the first officially recognized African Language, ghosts of its checkered past still linger.

The language of violence in Uganda

The decision by the Ugandan cabinet to adopt Kiswahili as an official language and recommendation that it be mandatory in primary and secondary schools did not sit well with Ugandans, who have a complicated history with the language. In some ways, it represents the country’s turbulent past as well as modern-day oppression. During Idi Amin’s reign from 1971–1979, it became the official language of the military.

Kiswahili came to be seen as the language of violence since it was the official language of the army and was spoken by soldiers. Kiswahili had further collapsed following the fall of the Amin dictatorship, and it wasn’t until the late 1990s revival of the East African Community and the new National Resistance Movement language policy that it was able to regain a (partially) key significance in Ugandan society.

The discussion around the use of Kiswahili and its place in Ugandan society has intensified since it was declared the official language of the African Community. However, Uganda’s economic need for Swahili, combined with an increase in East African cultural contacts through music, migration, as well as political goodwill, suggests that the language should no longer be resisted.

However, it’s still too early to tell if the national push to embrace Kiswahili by making it a compulsory subject in schools will change Ugandans’ perception and help them reconcile with their troubled past.

A threat to other African languages

The widespread adoption of Kiswahili across Africa has been viewed by some linguists and African language advocates as a threat to other African languages. Tanzania, for instance, has a discriminatory language policy that mandates the use of Kiswahili in rural districts where there is little to no knowledge of the language.

This prioritization, which is made at the expense of local languages, hinders learners’ comprehension of their studies and, as a result, has a negative effect on communities where the primary language is not Swahili.

Such a risk exists because efforts to promote Kiswahili are not matched by attempts to promote other languages.

Of all the sub-Saharan African languages, Swahili has the highest online presence by far. While the efforts to develop language technology in Kiswahili have been relatively slow, this has been changing.

This month, Meta published a research paper that details how they plan to look into 55 of Africa’s marginalized languages in order to improve the accuracy with which AI algorithms translate them on their social platforms.

Currently, the deep learning model translates from most major international languages to Kiswahili and another Kenyan language, Kikuyu. The AI startup, which is now working to translate other Indigenous African languages, will start delivering its services to other African countries by the end of the year.

In addition, Nanjala Nyabola, a Kenyan scholar, political analyst, and Global Voices’ Advocacy Director, has enabled Kiswahili-speaking people to voice and defend their digital rights. In joint collaboration with a team of Kiswahili experts, they translated key terms in technology and digital rights into the most frequently spoken African language producing 52 keycards that are free to download.

Despite all of these countries’ external commitments to Kiswahili, there are some obstacles that jeopardize its success.

For example, Africa’s geopolitical differences, such as North African countries aligning themselves with the Middle East rather than the rest of Africa, may work against Swahili becoming the unifying language.

Foreign influence may also hinder the “acceptance” of Swahili. Africa currently relies heavily on China for financial assistance. In exchange, China is capitalizing by introducing Mandarin in most African countries, including Kenya. In some areas, this may mean Africans could speak Mandarin more fluently than their native languages.

In 2018, South African opposition leader Julius Sello Malema pushed Africans to accept Swahili as the continent’s lingua franca, claiming that African governments who have adopted Mandarin at the expense of African languages have “misplaced priorities.”