Africa-Press – Rwanda. President Paul Kagame on Friday, August 19 met with a US congressional delegation led by Senator Chris Coons at the Village Urugwiro, during which they discussed relations between Rwanda and the United States. 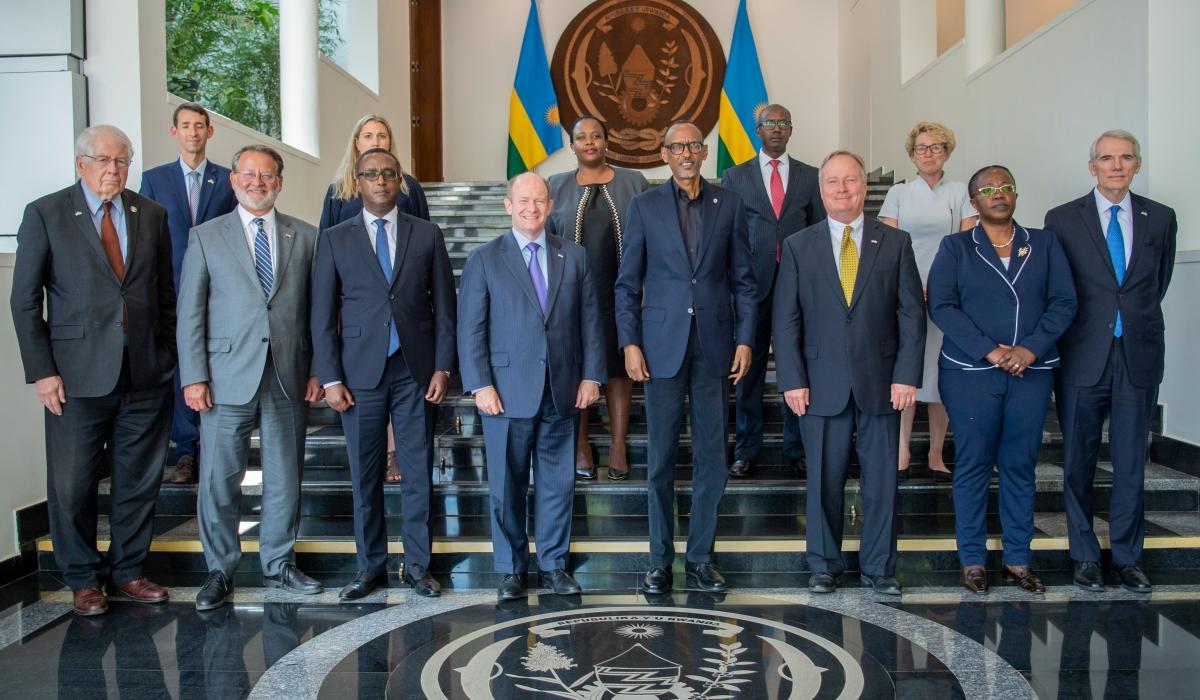 Coons, a member of the US Senate Committee on Foreign Relations, is leading a delegation that constitutes two other senators and three US House of Representatives members.

They are in Rwanda for a three-day visit to strengthen bilateral relations, according to the Presidency.

The visit comes just a week after US Secretary of State, Anthony Blinken, visited Rwanda, during which he reiterated his government’s stance to support regional efforts aimed at addressing the DR Congo crisis.

Rwanda has also recently said that it is committed to deepen its relations with the United States, particularly in the areas of peacekeeping, global health, global food and energy.

Other areas of interest include trade and investment, counterterrorism, and climate action according to the Ministry of Foreign Affairs.

On the trade front, imports from Rwanda totalled $31.4 million and U.

Over the last decade, Rwanda-US goods trade has been roughly even, with approximately $74.4 million in annual trade, data from the US Department of State indicates.