The United Nations Educational, Scientific and Cultural Organization (UNESCO) said that it will promote the Kiswahili language in order to boost African unity. Source Agencies 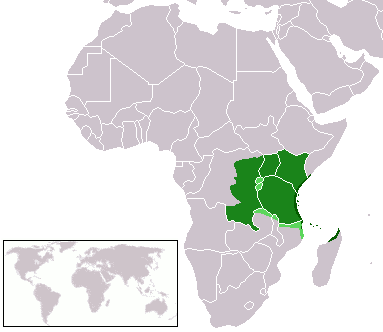 « We are also promoting Kiswahili through supporting the translation and availability of resources and scientific knowledge content produced in Kiswahili, including the monumental collection of the UNESCO general history of Africa, » Hubert Gijzen, UNESCO Regional Director for Eastern Africa and Representative to Kenya, said during celebrations to mark the first World Kiswahili Language Day.

Gijzen said in Nairobi, capital of Kenya, that his organization promotes the Kiswahili language through the advancement of multilingual education, media pluralism, cultural diversity and the preservation of intangible cultural heritage.

UNESCO declared July 7 of each year as World Kiswahili Language Day during its 41st General Conference session in 2021.

Kiswahili is one of the official languages of the African Union, East African Community and the Southern African Development Community.

The language encompasses more than a dozen main dialects with around 200 million speakers across the world, according to UNESCO, the UN’s cultural organization.

They are predominantly used in countries including Mozambique, Kenya and Tanzania.

Gijzen observed that Kiswahili shares words and concepts with other African languages and hence has impressive unifying power.

He revealed that the language will play a role in ensuring the African continent realizes its full potential, a goal that UNESCO also works toward through its programs in Africa.

« With over 200 million speakers, it is one of the most widely used African languages, encompassing more than a dozen main dialects,» Gijzen said.

Kiswahili is the first African language to be recognized in such a manner by the UN.