The President of the International Residual Mechanism for Criminal Tribunals (Mechanism), Judge Carmel Agius, has today concluded an official visit to the Republic of Rwanda (Rwanda). 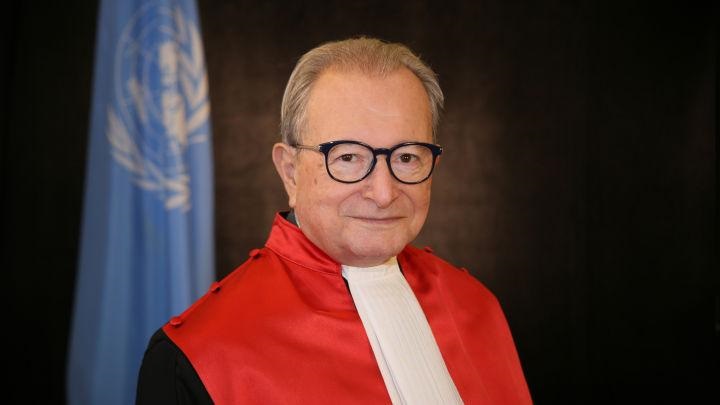 During the visit, President Agius met with Rwandan Minister of Foreign Affairs and International Cooperation Vincent Biruta, Prosecutor General Aimable Havugiyaremye, and Chief Justice Faustin Ntezilyayo. A further meeting was held with Ibuka President Egide Nkuranga and other survivors of the 1994 Genocide against the Tutsi in Rwanda were also in attendance.

After providing the officials with an update on the Mechanism’s current activities, President Agius recalled that one of the focuses of his Presidency has been to enhance the positive and cooperative relationship between the Mechanism and Rwanda.

In this regard, he welcomed the support that the Mechanism has received from Rwanda over the years, following which the discussions progressed into a number of topics related to the Mechanism’s mandate and role in securing justice, including the status of the proceedings in Prosecutor v. Félicien Kabuga, matters pertaining to the enforcement of sentences, and recent developments on the rule of law in Rwanda.

In addition, President Agius met with all Mechanism staff at the Kigali Field Office, which offered an opportunity to hold an exchange on their diverse activities and continual efforts to enhance the Mechanism’s functioning, as well as to bid farewell.

The official visit was rescheduled to coincide with Judge Agius’s final days as President of the Mechanism, before his successor assumes office on 1 July 2022.