UGANDA: Ebola Deaths in Uganda Rise to 23 as Outbreak Grows

Permanent Secretary of the Ministry of Health Diana Atwine confirms a case of Ebola in the country, at a press conference in Kampala, Uganda, on Sept. 20. The outbreak was detected among those living around an active local gold mine who may have left the area, WHO says. By Associated Press 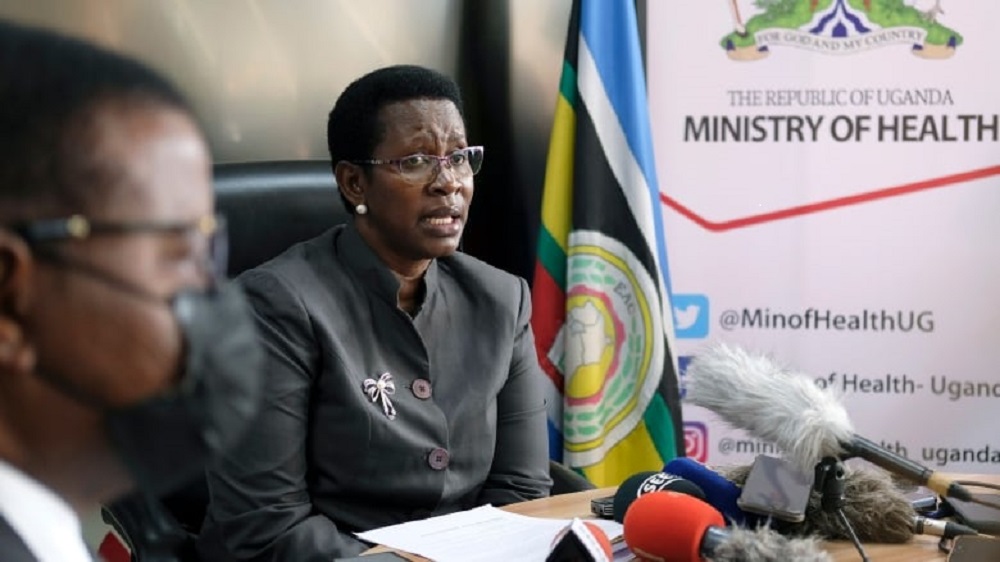 A total of 18 confirmed and 18 probable cases have been reported, including 23 deaths, the World Health Organization (WHO) said on Monday.

The agency noted this is the first Ebola disease outbreak caused by Sudan virus in Uganda since 2012. There is no authorized vaccine to protect against the Sudan strain, the WHO said.

« In the absence of licensed vaccines and therapeutics for prevention and treatment of Sudan virus disease, the risk of potential serious public health impact is high, » the agency said.

The WHO said the overall risk is considered high at the national level for Uganda given factors including: • Several transmission chains have not yet been tracked. • Patients went to clinics with infection control practices that don’t meet the highest standards. • Patients who died earlier were buried in traditional ceremonies with large gatherings. Another vaccine produced by Johnson & Johnson may be effective but has yet to be specifically tested against the Sudan strain, it added.

The outbreak was also detected among those living around an active local gold mine.

« Mobility among traders of this commodity is likely to be high, and the declaration of the outbreak may cause some miners already incubating the disease to flee, » the WHO noted. Uganda has increased capacity to respond since previous Ebola outbreaks but its systems could be overwhelmed. WHO added it assesses the risk at the regional and global levels to be low.