Rwanda’s government urged neighboring Democratic Republic of Congo’s government to help ease tensions that have ratcheted up over renewed fighting near the border of the two countries. Saul Butera, Bloomberg News 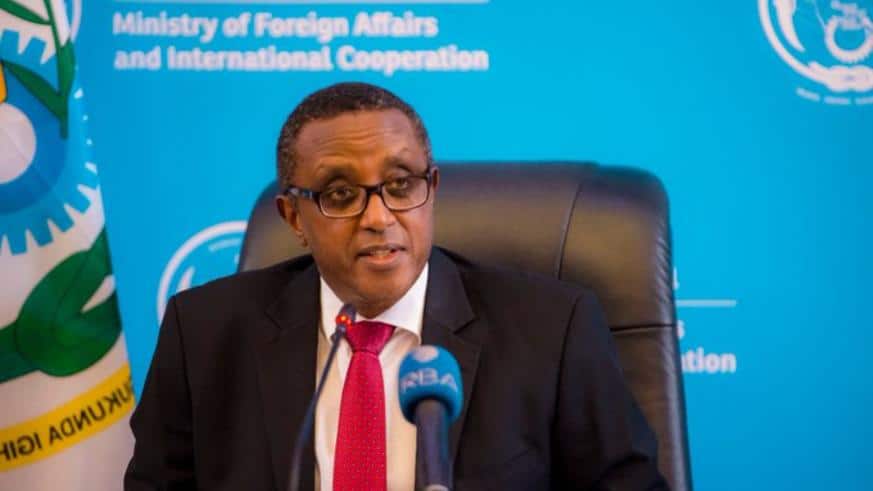 « We encourage the government of DRC to de-escalate its rhetoric and abide by agreed mechanisms, so that we can all continue collaboration to restore security and long-term stability to our region, » Rwandan Foreign Minister Vicent Biruta said in a statement Monday in the capital, Kigali.

Bitura’s comments come after Congo accused Rwanda of backing the rebel M23 group in eastern Congo, where there have been clashes with the Congolese army in recent days. On Saturday, Rwandan airline RwandAir Ltd. canceled all flights to Congo in response to the growing tensions. African Union Chairman Macky Sall said on Sunday he’s “gravely concerned” about the situation and called for « calm and dialog. »

Mineral-rich eastern Congo has suffered from conflict since the 1990s, when a civil war and genocide in neighboring Rwanda spread over the border and eventually enveloped more than a half-dozen African nations. Despite a peace agreement in 2003, at least 120 armed groups are still active in the region, which has a population of about 20 million people, according to the United Nations.

The violence in eastern Congo includes numerous conflicts over control of land and resources, protection of local communities, and rebellions linked to neighboring countries. The leadership of the M23 is largely made up of members of Congo’s Tutsi community, who say they are defending the interests of Rwandan-language speakers in the region and fighting ethnic Hutu rebel groups with links to the 1994 genocide.

North Kivu is rich in metals like gold and coltan and armed groups including alleged criminal networks in the army sometimes profit from the trade.

Congo, Rwanda and three other East African nations agreed in the Kenyan capital, Nairobi, last month to form a regional force that will fight armed groups in the region.

« Rwanda wishes to emphasize that M23 is a Congolese internal problem which should be resolved by the framework of the recent Nairobi summit, » Biruta said