Today, the forest has experienced a mighty resurgence over the past six years. Working in conjunction with prestigious institutions, Bisate Lodge has curated a diverse array of indigenous flora to return to their native home. By Jared Ranahan 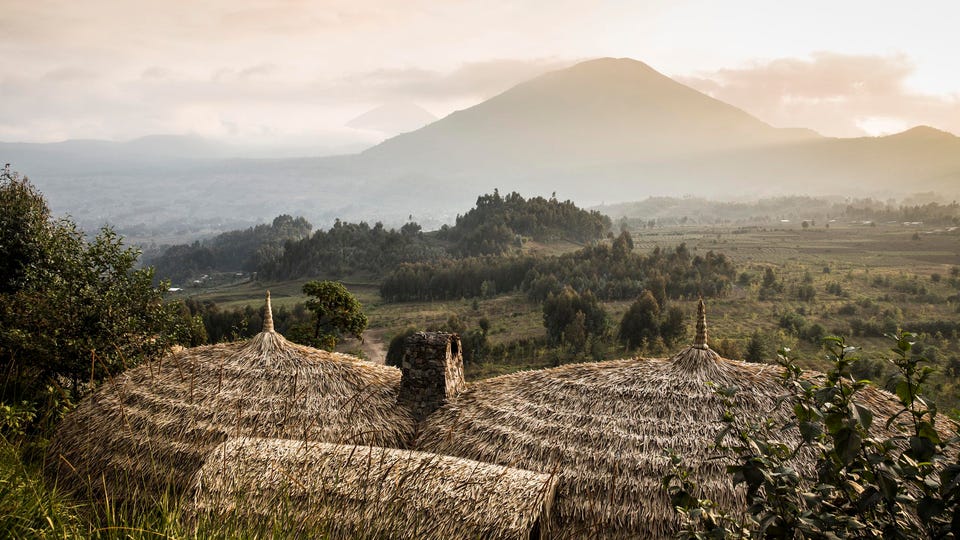 Several thatched roof structures on a vast grassland with a tall mountain in the background Volcanoes National Park is home to a large portion of the Virunga Mountains, a range of volcanoes ... [+] By David Crookes Though barely larger than the U.S. state of Maryland, Rwanda is home to a titanic amount of biodiversity. This east African nation is rife with dazzling native birds like the Ross’s turaco, bar-tailed trogon, and red-cheeked cordon-bleu, while one of the country’s most prominent ecotourism drivers—the mountain gorilla—can be found in Rwanda’s share of the Virunga Mountains. Though wildlife is abundant across the country, one massive environmental issue has plagued the region for years on end.

In recent years, rampant deforestation has proven devastating for the biodiversity of Rwanda, with 99% of the verdant Gishwati Forest destroyed by 2001. More than twenty years later, one may assume that there’s little hope for the native species of Rwanda, but fortunately, there’s no shortage of local businesses that are dedicated to restoring this iconic preserve, with the prestigious Wilderness Safaris serving as a driving force.

Their base of operations ? The luxurious Bisate Lodge, a top-tier ecotourism destination that offers gorilla trekking, golden monkey safaris, and a wealth of other nature-focused forays into Rwanda’s iconic Volcanoes National Park. 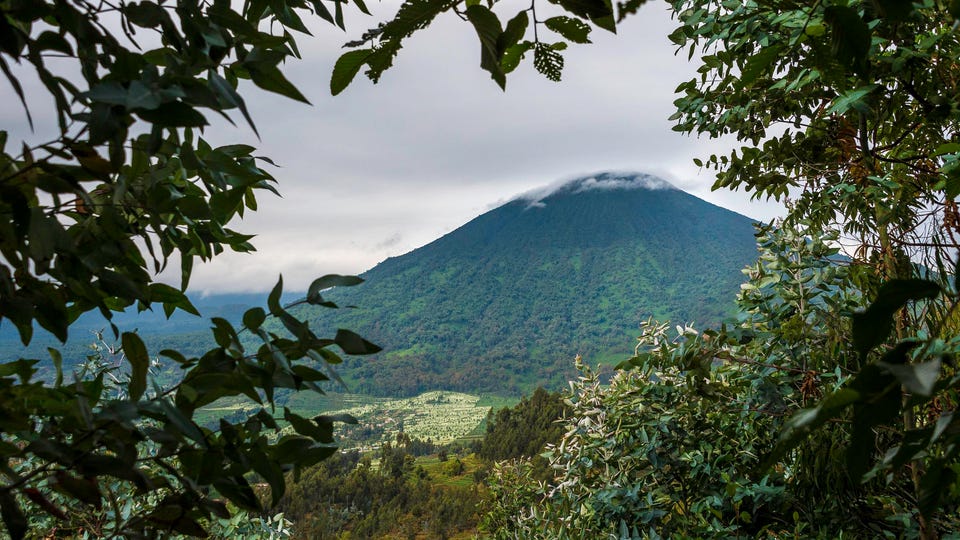 Mount Bisoke is a popular hiking destination due to its picturesque crater lakes. DANA ALLEN

A verdant mountain framed by lush Rwandan foliage « In 2015, Wilderness Safaris purchased 172 plots of uninhabited agricultural land (42 hectares) from the local people, and this is the land (actually, an eroded volcanic cone) on which Wilderness Bisate was built, » says Lucy Lopez, Senior PR and Media Relations Manager at Wilderness Safaris. « Much more than simply wanting to build a base from which to visit the gorillas, our aim was to restore the surrounding countryside to its natural forest state, and thereby provide the mountain gorillas and other species with the indigenous habitat and sanctuary they need to survive and thrive. »

Today, the forest has experienced a mighty resurgence, with 70,000 trees planted on the property over the past six years. Working in conjunction with prestigious institutions like the Rwanda Development Board, African Wildlife Foundation, and Dian Fossey Gorilla Fund International, Bisate Lodge has curated a diverse array of indigenous flora to return to their native home. Neuboutonia, Dombeya, and Xymalos are just a few of the plants that have found great success in the lodge’s nursery, with Wilderness Safaris undergoing intensive studies to ensure which altitude each individual species would flourish at. 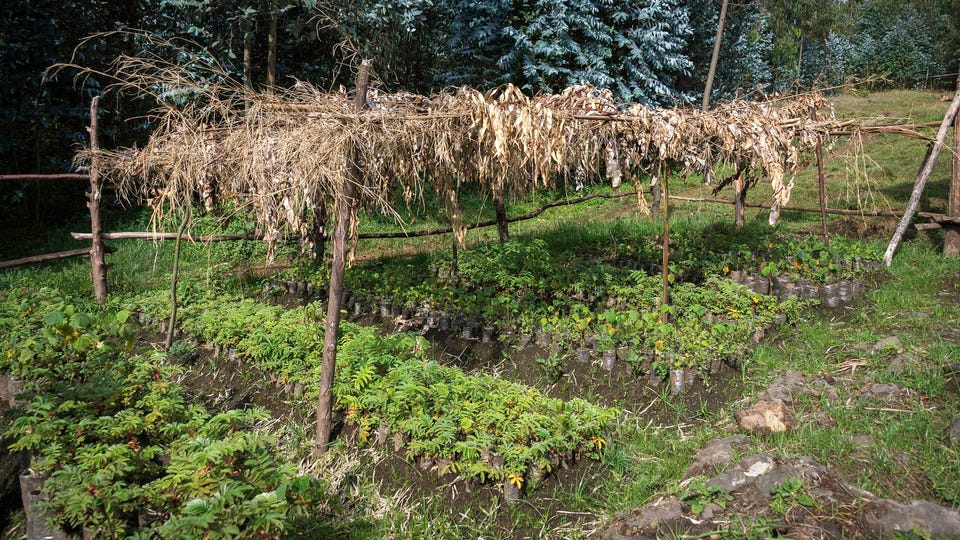 A small plant nursery with a thatched roof

Rwanda is home to more than 600 different bird species. DANA ALLEN While Rwanda’s native flora has certainly benefited from the program, it’s far from the only variety of wildlife that’s seen a welcome return to the area. Animals both large and small are thriving across the Gishwati Forest, with tree hyrax, serval, and the endangered golden monkey all serving as potential sightings for lodge guests—though perhaps most exciting is the presence of some of Africa’s most spectacular charismatic megafauna on Bisate Lodge grounds. « The Bisate reforestation project reached another milestone when we realized we had ‘hosted’ our first forest elephant on the property after dung was spotted at the helipad, » says Lopez. « And last year we were amazed to see camera trap footage of a mountain gorilla on the property, another thrilling first. All of these animals are resident in Volcanoes National Park, so we can safely say that our reforestation program is significantly extending the wild animals’ habitat. »