Senegalese President Macky Sall, current chairman of the African Union, said Sunday he was « gravely concerned » by the « rising tensions » between Rwanda and the Democratic Republic of Congo, asking for calm from the two. 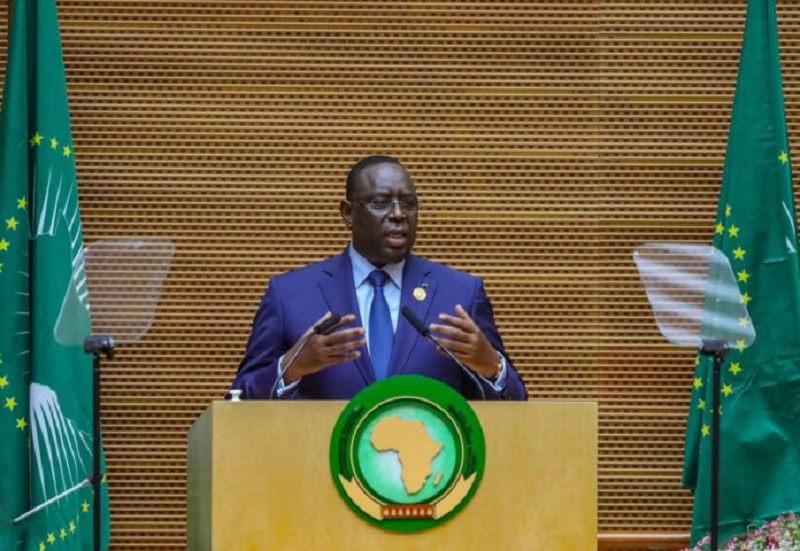 « I am gravely concerned by the rising tension between Rwanda and the DRC, » Macky Sall said in a tweet in response to the escalation of tensions in recent days between the two neighboring countries.

« I call on both countries to calm down and engage in dialogue for the peaceful resolution of the crisis with the support of regional mechanisms and the African Union, » Sall added.

Rwanda said on Saturday that two of its soldiers were being held captive after being abducted by rebels in the DRC, accusing the country’s authorities of supporting them.

The statement comes after the DRC summoned Rwanda’s ambassador and accused its neighbor of supporting the M23 rebel group active in its eastern region.

According to the Rwandan Defense Forces (RDF), the two soldiers were abducted during a patrol and are being held in eastern DRC by rebels of the Democratic Forces for the Liberation of Rwanda (FDLR).

The incident follows an attack earlier this week along the border by Congolese forces and FDLR rebels, according to the Rwandan army.

Fighting between Congolese forces and the M23 has broken out on several fronts this week in North Kivu, a war-torn eastern province of the DRC bordering Rwanda.

Kinshasa says the M23 — one of more than 100 armed groups operating in eastern DRC, mainly made up of Congolese Tutsis — is backed by Rwanda. Kigali has denied any involvement.

On Saturday, Congolese authorities decided to suspend flights by RwandAir.

The DRC and Rwanda have had tense relations since the mass arrival in eastern Congo of Rwandan Hutus accused of massacring Tutsis during the 1994 Rwandan Tutsi genocide.

Kinshasa has regularly accused Rwanda of conducting incursions into its territory and supporting armed groups there.

Relations had begun to thaw after the election of Congolese President Felix Tshisekedi in 2019, but the resurgence of M23 attacks has recently reignited bilateral tensions