The summit RDC-Rwanda, is in line with a mandate the African Union gave Angolan president João Lourenço, last May, to be the peace broker between the two neighboring countries, we learn. Ecofin Agency 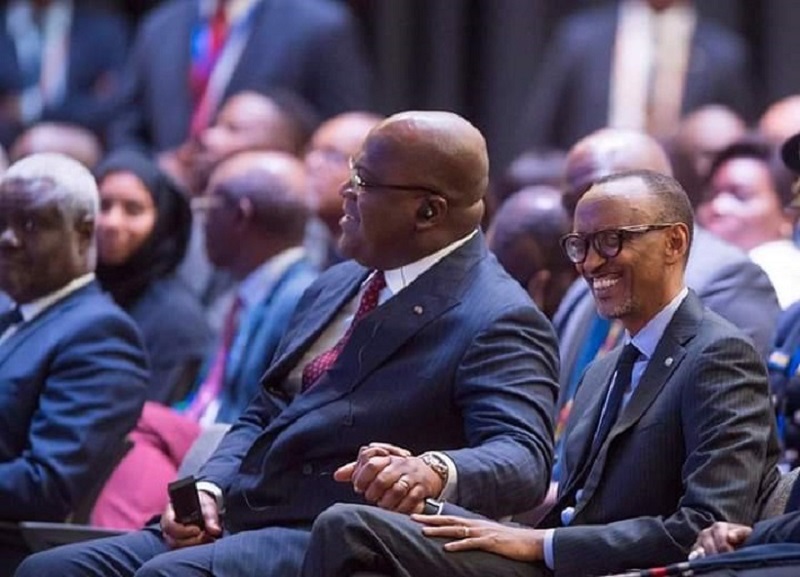 Angola will organize a summit, in the coming days, to ease the growing tensions between Rwanda and the Democratic Republic of Congo. According to a statement released, Wednesday (June 1), by the Angolan Presidency, the summit will bring together Rwandan President Paul Kagame and his DRC counterpart Felix Tshisekedi.

During the meeting, all the aspects of the problems will be discussed to allow a consistent resolution, ease the tensions currently growing at the border between the two countries and strengthen peace in the region, the statement informs.

The summit is announced after a meeting between Felix Tshisekedi and João Lourenço. As a gesture of goodwill, Felix Tshisekedi agreed to fulfill João Lourenço’s request to free two Rwandan soldiers recently captured in DRC. The Angolan Presidency adds that João Lourenço, who is the chairperson of the International Conference on the Great Lakes Region, also held a virtual meeting with Paul Kagame.

DRC accuses Rwanda of supporting M23 rebels, who seem to be marching on Goma. But, Rwanda rejects the accusation and also charged DRC with supporting FDLR, a Rwandan rebel group in East DRC.

The relationship between Rwanda and the DRC has been tense since the massive arrival of the Rwandan Hutus (accused of massively killing Tutsis in 1994) in East DRC.

The recent escalation at the Rwanda-DRC border comes after a joint military operation between the DRC and Uganda, another country that has stormy relationships with Rwanda. On Tuesday, May 31, Rwandan Foreign Minister Vincent Biruta raised the possibility of armed conflicts by warning that his country would retaliate if DRC attacks the Rwandan territory.