In 2016, responding to the fatal police shootings of two Black men just a day apart, Serena Williams joined a small chorus of top Black athletes in speaking out. “I won’t be silent!” she vowed. By Aaron Morrison 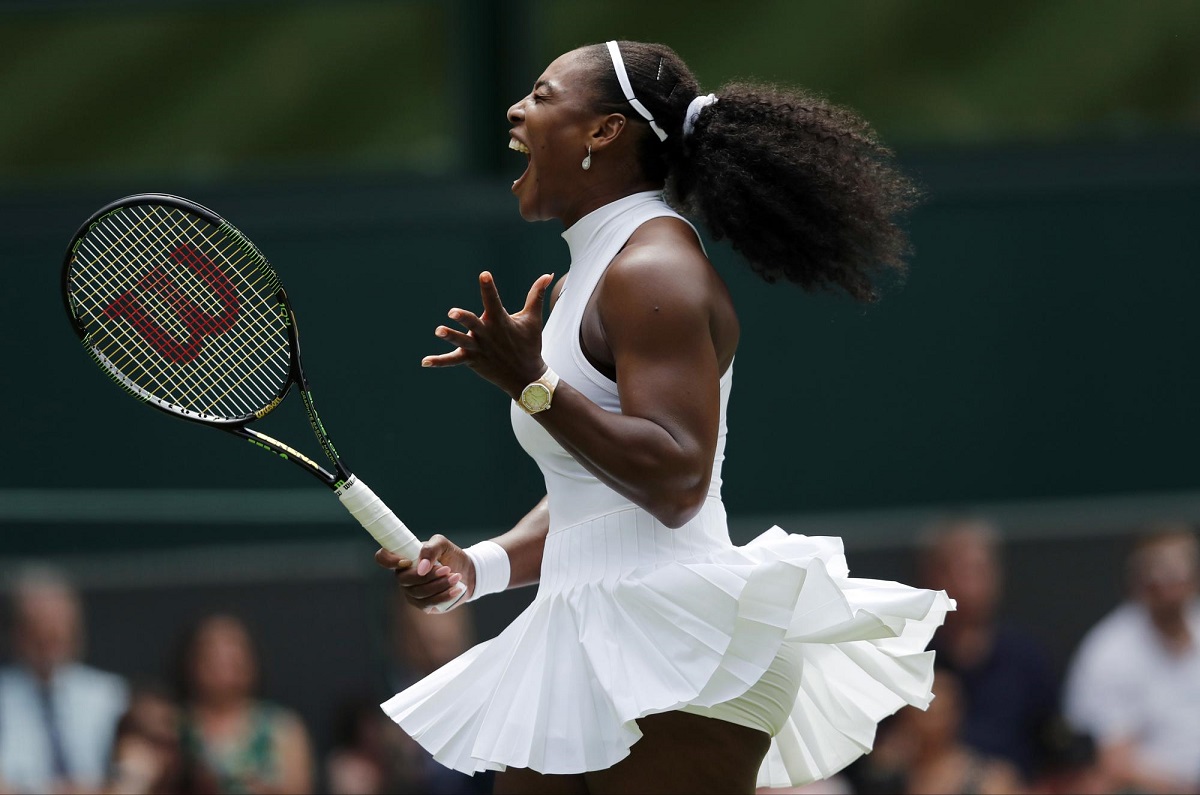 Serena Williams of the U.S celebrates a point against Amara Safikovic of Switzerland during their women’s singles match on day two of the Wimbledon Tennis Championships in London, June 28, 2016. (AP Photo/Ben Curtis, File)

« Have we not gone through enough, opened so many doors, impacted billions of lives ? » Williams asked in a Facebook post in the wake of the back-to-back killings of Philando Castile just outside St. Paul, Minnesota, and Alton Sterling in Baton Rouge, Louisiana.

« I realized we must stride on — for it’s not how far we have come but how much further still we have to go, » she wrote.

That wasn’t the only time Williams would wade into the politically thorny topic. It’s an outspokenness for which other Black athletes, from Muhammad Ali to Colin Kaepernick, have paid a steep professional price.

After nearly three decades in the public eye, few can match Williams’ array of accomplishments, medals and awards. Through it all, the 23-time Grand Slam title winner hasn’t let the public forget that she’s a Black American woman who embraces her responsibility as a beacon for her people.

From the outset of her professional career, Williams was othered because of her unconventional rise in the predominantly white sport — a Black girl who honed her formidable skills on the public tennis courts of Compton, California, far from the privileged private clubs that nurtured most U.S. players. Even as a teenager, her response to the racism, hostility and undermining by the establishment made her a role model for Black Americans.

Now that Williams, 40, has indicated she is getting ready to hang up her tennis racket for good, perhaps even right after the U.S. Open, which starts Monday, sports analysts will take stock of her reign as one of the greatest athletes of all time. But no matter how her swan song plays out, Williams’ icon status on and off the court, as well as her impact on the Black community, are indelible.

« Most Black folks, they understand the sacrifices, » said Elle Duncan, an anchor for ESPN’s SportsCenter. « If they can’t pull apart your game, they will find other reasons: your braids, your hair, your attitude, your body type, the clothes that you wear. »

« It was always about that with Serena, because it was never about her tennis, » Duncan said. 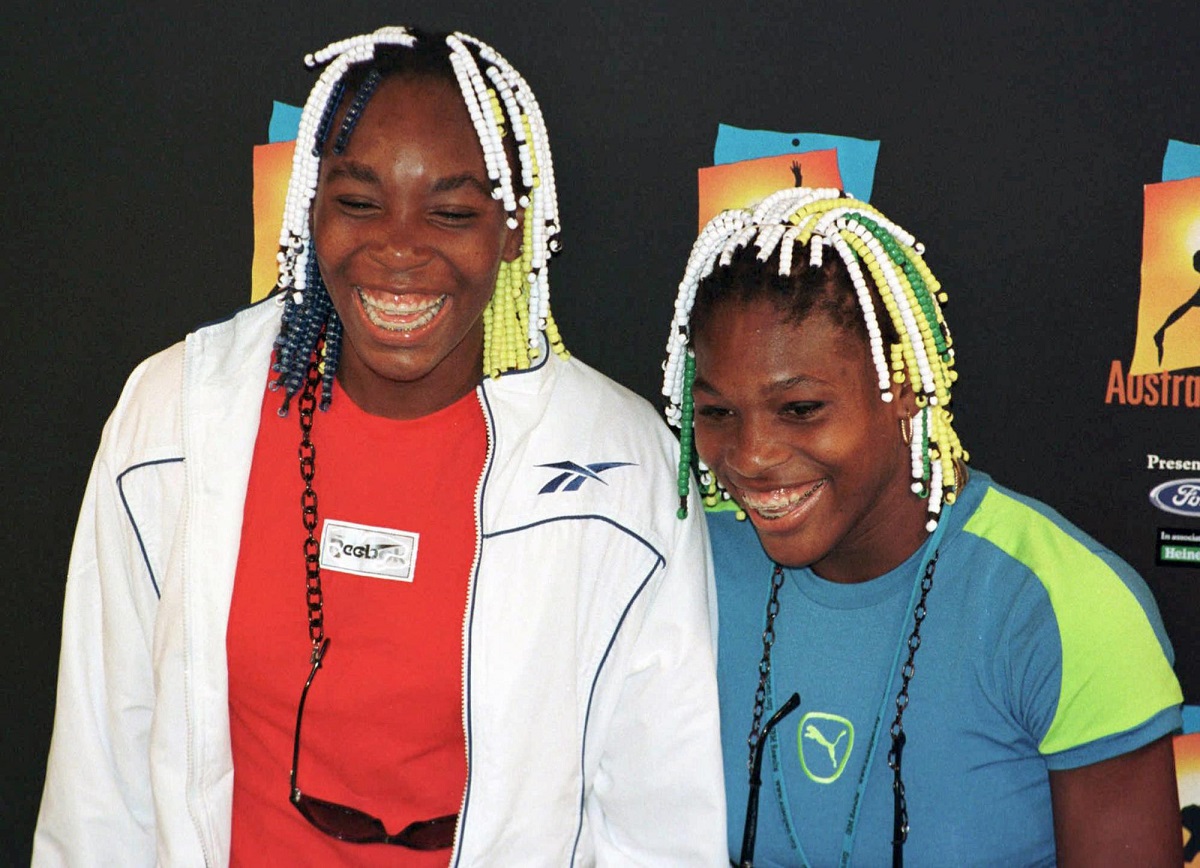 When Black women and girls were berated for wearing beads in their braids in the workplace, classroom or while competing in sports, they could see Williams and her sister, Venus, swinging tennis rackets as their beads click-clacked in all their bright and colorful glory.

Some of Williams’ competitors, daunted by the task of beating her, turned to speaking disparagingly about her physical build and allure. Her response? A dignified, seemingly unbothered Williams brushed off press questions about it. In other moments, a more joyous Williams was seen “Crip walking” on the tennis court after winning gold at the 2012 London Olympics, a nod to her roots in Compton.

Even as a top athlete who amassed wealth and influence, Williams has remained grounded in the grim realities of the times. After she won the championship at Wimbledon in 2016, Williams was asked what should be done to address underlying issues after the fatal ambush of several Dallas police officers gunned down by a sniper to protest the shooting of Black men by police.

« I don’t think that the answer is to continue to shoot our young Black men in the United States ... or just Black people in general, » she said. « Also, obviously, violence is not the answer of solving it. The shooting in Dallas was very sad. No one deserves to lose their life — doesn’t matter what color they are, where they’re from. We’re all human.»

After gun violence touched their own family, Serena and Venus Williams opened a community center in Compton in 2016 to offer counseling and therapy to residents affected by violence. The Yetunde Price Resource Center is named for their half-sister, who was killed in a drive-by shooting in 2003.

« The way people could connect with not having to be wealthy to play the game, not having to go through the traditional pathway to make it, » said Blackman, now the general manager for player and coach development at the U.S. Tennis Association.

« They weren’t insiders, » he said of Serena and Venus. 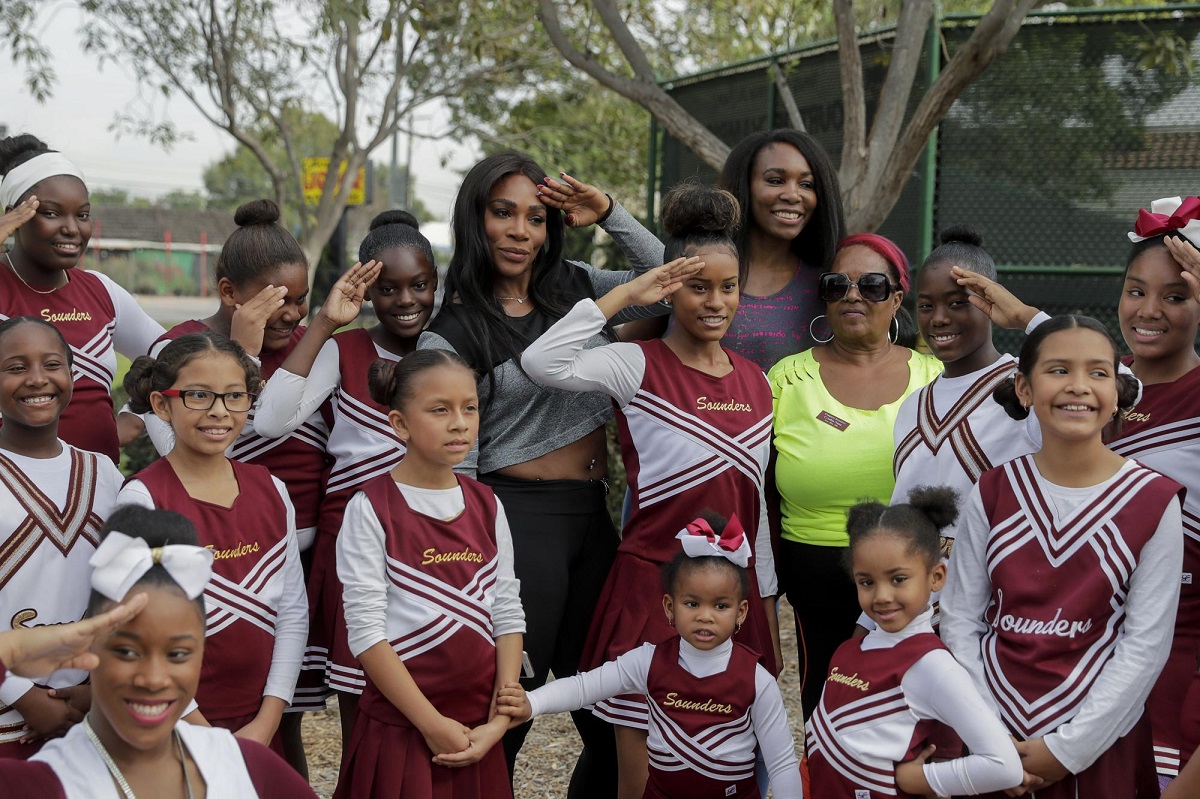 « Just the poise in being able to maintain a balance between being a fierce competitor, a strong Black woman who was comfortable in her own skin, » he said. « Someone who was always respectful, always polite, never lost her composure in press conferences. She’s not just a role model, but she’s kind of a template for what you can do without compromising who you are. » 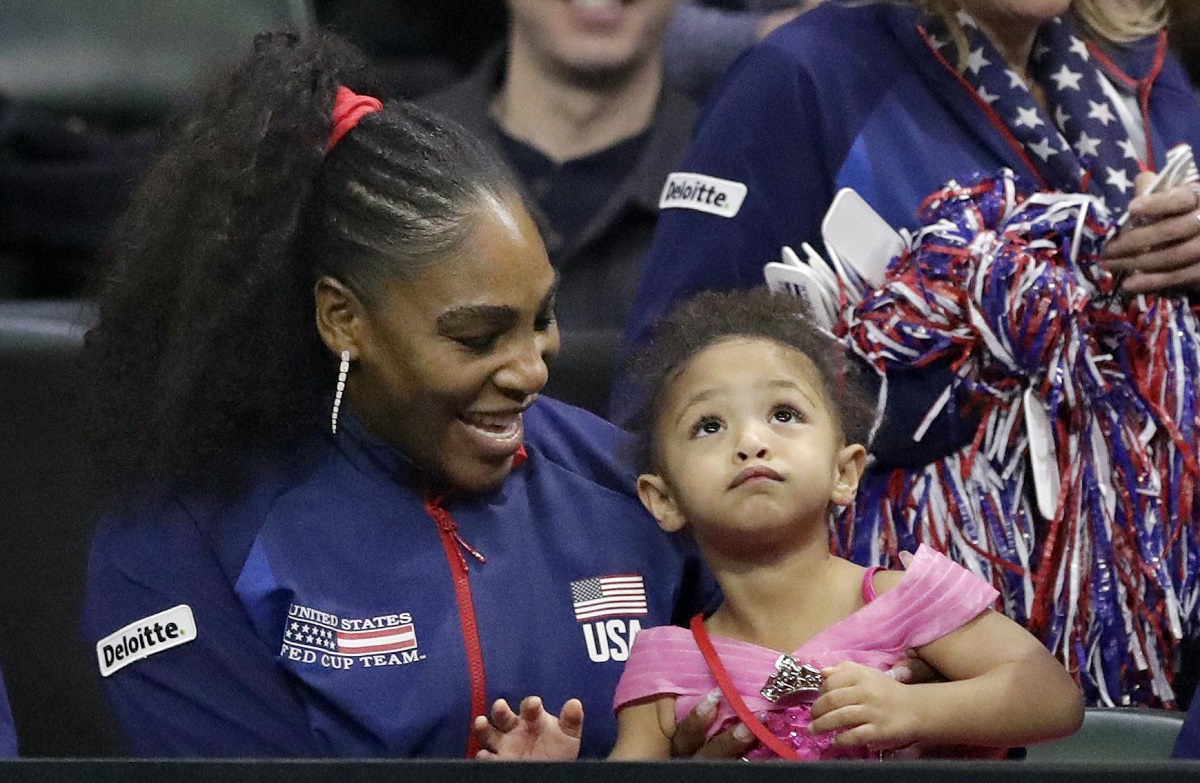 At a pivotal point in her career, Williams chose to stay away from the Indian Wells tournament in California for many years after she and her father said they heard racist taunts from fans upset by Venus defaulting before a head-to-head match with Serena. The slights to Serena Williams didn’t end there, especially in moments when her conduct was deemed by some as unsportsmanlike.

During her loss to Naomi Osaka in the final of the 2018 U.S. Open, Williams shouted angrily in response to what she felt was unfair treatment by the chair umpire. An Australian newspaper lampooned Williams in a cartoon, depicting her with exaggerated physical characteristics strikingly similar to racist caricatures of Black people from the Reconstruction era.

Black Americans’ participation in tennis dates to just before the turn of the 20th century. However, Black players were barred from the former U.S. National Lawn Tennis Association and made to play in segregated tennis clubs, until Althea Gibson broke barriers 72 years ago this month.

Gibson became the first Black player on the U.S. tour in the 1950s and notched multiple Grand Slam titles. It’s a point of pride for the American Tennis Association, founded in 1916 to nurture young Black tennis talent, that it trained the likes of Gibson and Arthur Ashe.

But Williams’ success boosted interest in the sport beyond what the organization had previously seen, said ATA President Roxanne Aaron.

« You don’t have to walk in the same shoes as other people, » Aaron said of the lessons Williams’ career teaches up-and-coming players. « You can even identify your own path, and that’s the path you should walk no matter what. » 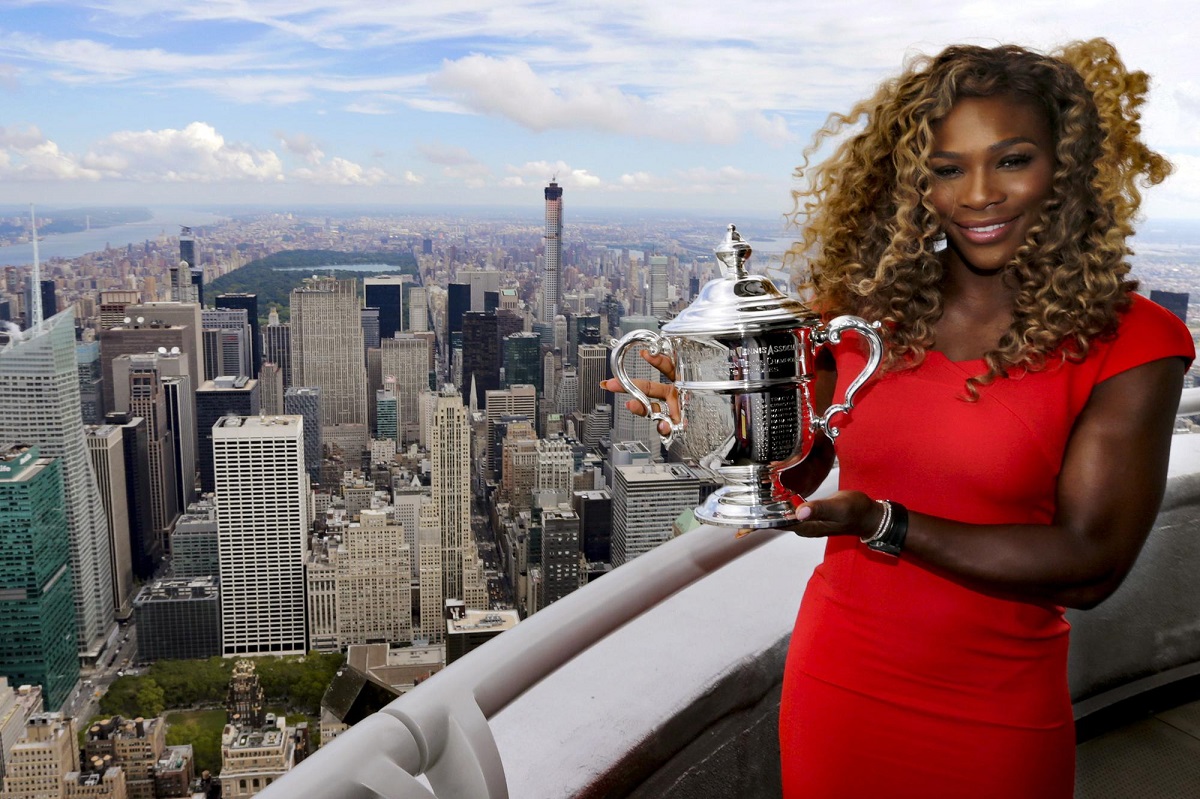 After nearly three decades in the public eye, few can match Serena Williams’ array of accomplishments, medals and awards. Through it all, the 23-time Grand Slam title winner hasn’t let the public forget that she’s a Black American woman who embraces her responsibility as a beacon for her people.

Players who have emerged after Williams, like Osaka and Coco Gauff, are among the talents who cite the Williams sisters as inspirations in a sport still predominantly white.

Osaka, who was born in Japan to a Japanese mother and Haitian father, and moved to the U.S. when she was 3, has called Serena « the main reason why I started playing tennis. »

The same influence hasn’t been seen in other diversity-starved sports, ESPN’s Duncan said.

« With Tiger Woods, we kept hearing about how he was inspiring this new generation of Black and brown kids to golf, » she said. « Have you seen it? I don’t see it. We see it with Serena. »

« She is playing against the very girls that were inspired by her, those chocolate girls that said, ‘This is a tennis club sport. But God, if Serena and Venus can dominate, why can’t I ? »