KIVU NORTH-DRC : At Least Five Killed as Anti-UN Protesters Overrun Base in Goma and .

The rallies degenerated on Monday into ransacking and looting of the premises of the United Nations mission. This Tuesday, July 26, 2022, the Congolese authorities deplore at least five dead and fifty injured in Goma and Butembo, the toll is ten dead. 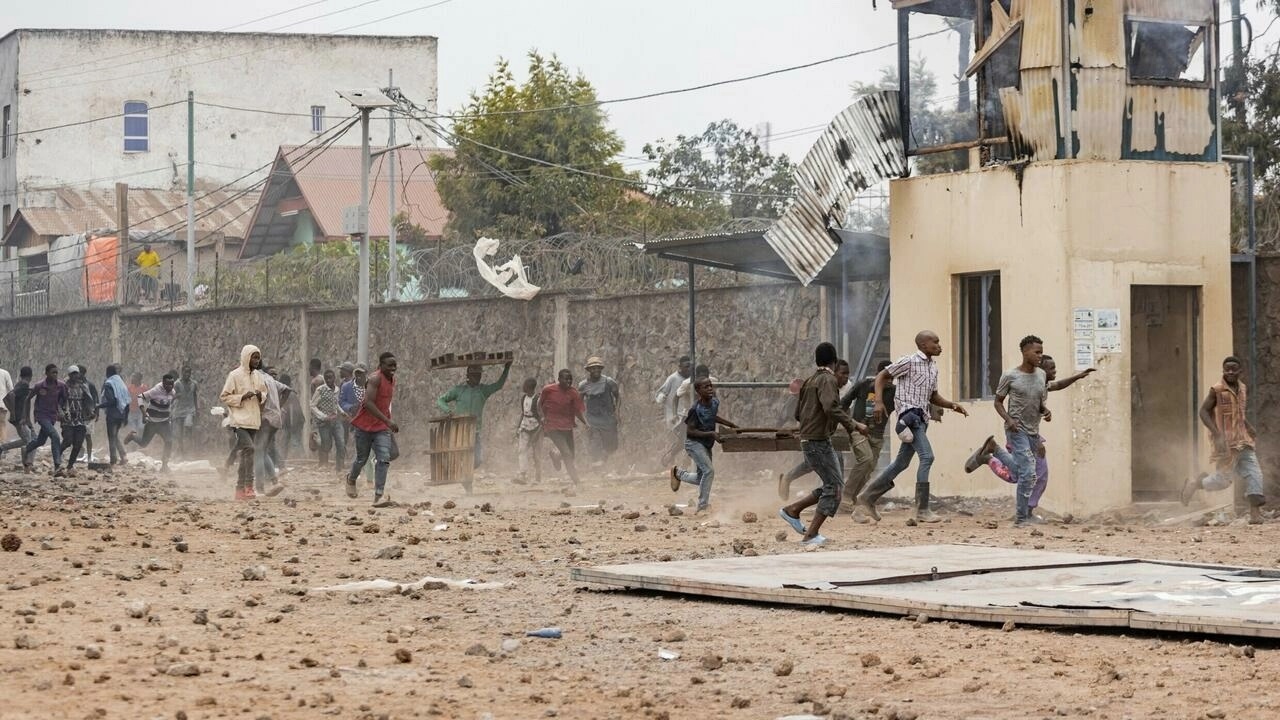 And they are more and more violent, with deaths. At least five among the protesters in Goma, according to government spokesman Patrick Muyaya. In Butembo, the third largest city in North Kivu, according to police sources, the provisional toll on Tuesday at the end of the day was 10 dead, including 7 demonstrators and 3 peacekeepers, two Indians and a Moroccan.

Monday, in Goma, the HQ and the logistics base of the United Nations mission were ransacked and looted by demonstrators shouting « Monusco get out ». The Congolese police and army were overwhelmed.

The United Nations mission which fired the warning shots is accused of having fired from its HQ at the demonstrators. In a message to RFI, the Monusco spokesman « denies » and denounces « a lie and a crude montage ».

The first deaths in Goma were announced in a tweet by Patrick Muyaya, the government spokesman. He also promised a joint press conference with the deputy head of Monusco on « the human and material toll and the consequences to be drawn from these demonstrations ».

Since Monday, hundreds of people have surrounded the headquarters and the logistics base of the United Nations mission in Goma, Monusco, which they consider ineffective in the fight against armed groups in the east of the country. Tires and plastic burned in front of the gate, Monday, the demonstration turned to the ransacking and the looting of the premises.

The demonstrations have also paralyzed Butembo, an important commercial hub in North Kivu, as well as the town of Beni, further north, located 350 km north of Goma.

The Congolese authorities have condemned any form of attack against United Nations personnel and installations. The demonstrations had been banned by the mayor of the city of Goma, recalls Monusco. But the young people of the UDPS, the presidential party, had encouraged them, while two weeks ago, the president of the Senate had called on Monusco to « pack up », in an already very tense climate.

Sad situation The governance of the various Congolese regimes that have followed one another since the years of independence of the DRC has not allowed the country to take off and its population to emerge from underdevelopment. On the contrary, the lack of State authority, in many regions of the country, has sparked the birth of hundreds of rebellions in the country.

The making of scapegoats will not solve the Congolese problem; it is rather a strong authority and good governance, which will allow it to take off.

As for the UN and its peacekeeping forces, the latter since their creation have never succeeded in keeping the peace anywhere. Their latest disaster is the genocide against the Tutsi in Rwanda, which was being prepared in front of their eyes, and when the killing started, they cleared out, thus leaving the killers free to carry out their crime of crimes.

It is high time to take a hard look at who benefits from the existence of this peacekeeping department of the United Nations.