JAMAICA – RWANDA: Partnership with Rwanda will be beneficial

Letter of the Day to the Jamaica journal editor of “the Gleaner” by P. Chin 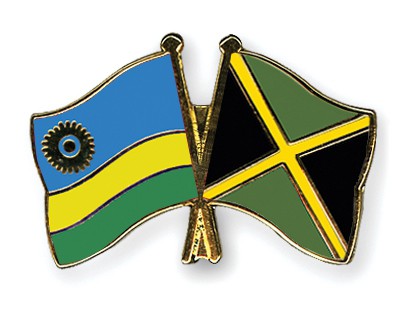 One of the noticeable traits of President Paul Kagame of Rwanda is his calm demeanour, although he is perceived by some in his country as authoritarian. Despite this, Kagame has managed to balance his image well. Especially abroad, we know that firm and decisive leadership is needed in certain situations. Jamaica could learn from the Rwanda model and how this country was able to change course.

Kagame was a child refugee, he became president of Rwanda in 2000 and is now one of the most respected leaders in Africa. The success of Rwanda under his leadership has been remarkable. Kagame led his country through much of the development since the mid ‘90s when there was conflict and war and genocide which killed 800,000 people. Today, it is one of the fastest growing economies in Africa, with gross domestic product (GDP) a measure of economic output increased by 69 per cent between 2010 and 2020. So what is it about Rwanda?

Kagame’s socio economic policies have been effective in altering the mindset of the people. Challenges are now seen as opportunities. The Kagame government facilitated foreign investment which increased agriculture production, manufacturing and tourism. Rwanda is now self-sufficient, producing much of what it eats. The country has made significant progress with gender equality and women are more visible now in prominent leadership positions across business, politics and other sectors. Women have been the underrated gender because of stereotypes; women make great leaders, they are visionaries, intuitive and good managers of scarce resources. Rwanda has reduced corruption significantly – the 2017 Corruption Perception Index ranked Rwanda as one of the least corrupt countries in Africa. Again, this is driven by the change in mindset.

Rwanda is ranked by the World Bank as one of the easiest countries to do business with, which helps to attract investors. Rwanda’s climate and environmental policies have also been effective and individuals in homes are working together to reduce pollution, which benefits everyone. Rwanda is considered the cleanest in Africa and one of the cleanest in the world. And,while poverty rate remains high at 39 per cent, it is hoped that declining unemployment rates will reverse this. Rwanda has also managed to attract many returning residents who left the country to study and work abroad, they return with skills and funds to invest, which boosts entrepreneurship and the growing workforce.

Partnerships between Jamaica and countries like Rwanda could be beneficial. Jamaica is one-fourth the size of Rwanda in terms of population and, although our experiences are different, we face similar challenges and opportunities. We can learn about governance and leadership and policy implementation. We have not been able to maximise our potential to achieve the type of economic growth necessary to create impact. Jamaica’s GDP is marginally at one to two per cent when positive. Rwanda’s growth rate has been impressive over the past 20 years. We must put greater emphasis on exports. We import four times the value of our exports, which puts additional strain on the value of local currency with the US dollar, driving prices up. We import everything, even food basics. Development is a mindset and we must find ways to facilitate this.

We must reject corruption and crime and nurture a more disciplined society. We must enforce rules and laws on the roads and in schools; eventually people will get it. Greater emphasis should be placed on leisure, pleasure, cleaner air and surroundings. This helps to improve quality of life and provides fertile ground for development, which benefits all.