Breaking News
HUNGER: FDLR & RUD-URUNANA, abandon the FARDC
KENYA: Odinga obtains access to the Electoral Commission’s server
KENYA: Odinga obtains the recount of votes from 15 polling stations
Death of Mikhaïl Gorbatchev, end of an era
No enemy of our neighbours will operate on Rwandan soil – Kagame

The construction of the 43 MW Nyabarongo II Hydropower Plant in Rwanda is set to begin soon following a groundbreaking ceremony that will be held this month according to the Minister of Infrastructure. 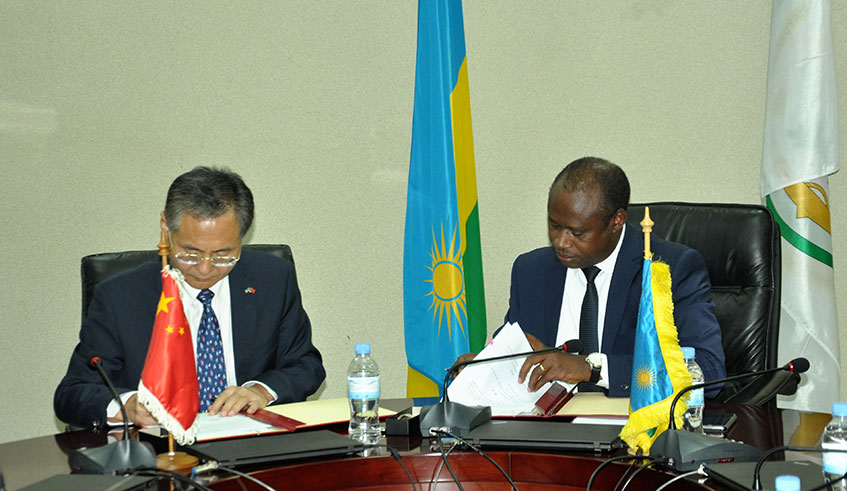 Funded by the Export-Import Bank to the tune of US$ 214M under an agreement signed back in February 2020, the project is set to directly employ about 700 Rwandans and create income streams for local distributors by sourcing building resources such as sand, stones, timber, and cement from them. Reportedly, only electrical and electromechanical equipment will be imported.

Upon completion, the Nyabarongo II hydropower plant will include three 14.5MW units built by Sinohydro, a Chinese state-owned hydropower engineering and construction company, and will be operational between September 2025 and January 2026.

Rwanda to receive US $214m for Nyabarongo II hydropower plant project Power line constructionUS$145m approved for Tanzania-Kenya power line project Tender to be launched for construction of Chollet Hep DamTanzania to commence construction Stiegler’s Gorge hydropower dam Rwanda has received a concessional loan of US $214m from the Exim Bank of China for the implementation of the Nyabarongo II hydropower plant project. This is after an agreement was signed between the Rwandan government and the bank.

At the foot of the dam, the Chinese company Sinohydro will build a hydropower plant. The water released from the reservoir will turn the turbines to produce 43.5MW of electricity. The project also includes the construction of a substation, as well as the creation of a 110kV transmission line over a distance of 19.2km to connect the plant to the Rulindo substation.

The Nyabarongo II dam will supply water to Rwanda’s southwestern irrigation systems. The dam is also expected to mitigate the perpetual flooding downstream of the Nyabarongo River.

According to Rao Hongwei, the Chinese ambassador to Rwanda the project will generate electricity, create employment opportunities, improve irrigation and transform swamps into arable land over an area of 20,000 hectares.

He further added that, the project is financed by the largest preferential loan ever granted by the Chinese government to the Rwandan government. Sinohydro has five years to deliver the Nyabarongo II dam and hydropower plant.