DUTCH DEFENCE ATTACHÉS IN AFRICA CHOOSE RWANDA AS THE VENUE FOR THEIR ANNUAL .

Dutch Defence Attachés accredited to African Countries together with officials were received by Brig Gen Vincent Nyakarundi who briefed them on the RDF organisation and roles. 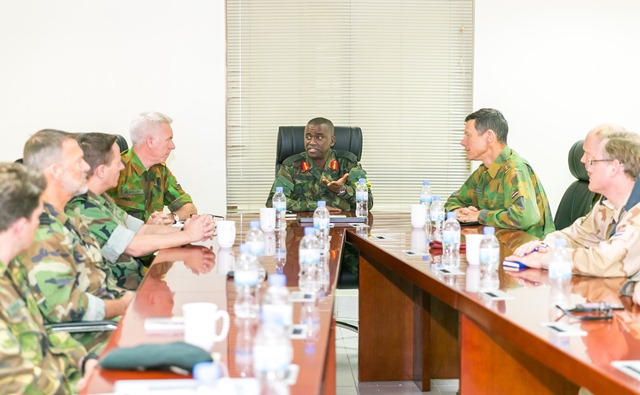 A delegation of 25 Dutch Defence Attachés accredited to African Countries together with officials from the Netherlands Ministry of Foreign Affairs today visited Rwanda Defence Force (RDF) as part of their ongoing four-day Conference hosted in Rwanda from 17 to 21 February 2020.

At the RDF Headquarters, the Dutch Defence Attachés were received by Brig Gen Vincent Nyakarundi who briefed them on the RDF organisation and roles.

The Head of the visiting delegation, Brig Gen Jan Blacquiere, the Chief of International Military Cooperation at the Ministry of Defence in the Netherlands said to RDF media that they were enlightened on the structure of Rwanda Defence Force and the security situation in the country and the region.

« We are really thankful that we got a comprehensive briefing and we now know better the Rwanda Defence Force and what they do. With that information, we can go back to the Netherlands, learn from that and discuss what we could further do for the bilateral cooperation between the Netherlands and Rwanda ». 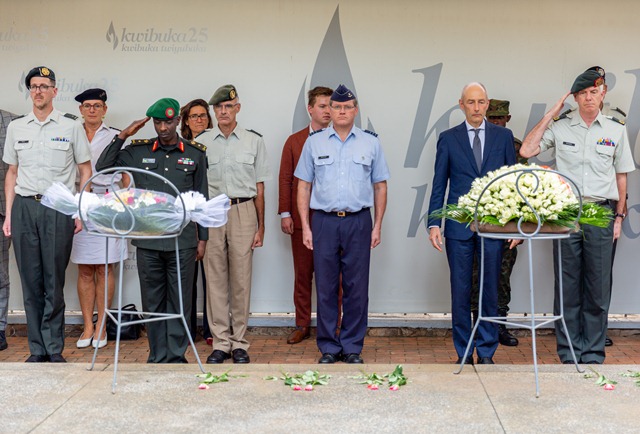 Here at Genocide against Tutsi Memorial at Gisozi

The Dutch Defence Attachés accredited to African countries are currently holding their annual conference in Rwanda and during their stay, they visited different sites to get first-hand information on Rwanda’s history and current progress.