By H.E. Bankole Adeoye, African Union Commissioner for Political Affairs, Peace and Security, and H.E. Hope Tumukunde Gasatura, Ambassador of the Republic of Rwanda to Ethiopia and Permanent Representative of Rwanda to the African Union 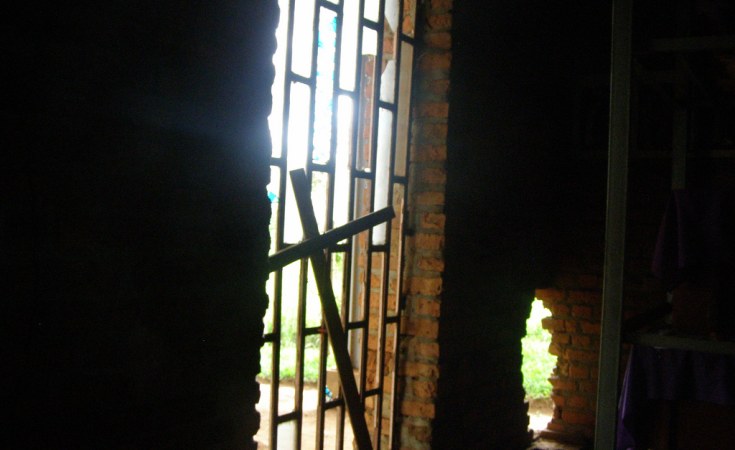 April 7 marks the start of Kwibuka, the commemoration period of the 1994 genocide against the Tutsi in Rwanda, a cataclysmic event which saw one million killed in barely 100 days. As this year also marks the 20th anniversary of the African Union, it is an apt time to reflect on what the genocide’s legacy means for the African Union. Two decades ago, the failure of the United Nations (UN) and the Organisation of African Unity (OAU) to prevent or halt the genocide of Tutsi in Rwanda was a major factor in the establishment of the African Union (AU) Peace and Security Architecture (APSA). While the AU has registered progress since 1994, on the occasion of this milestone it is important to note that more can still be done to prevent atrocities on our continent. Rwanda matters for all of Africa The genocide against the Tutsi is not just a Rwandan story. Both the genocide and the country’s rebirth since 1994 symbolise the worst and the best of Africa – our failures and our hopes. Among other factors, the genocide was made possible by the failures of African and international actors to take preventive measures, as documented, in 2000, by the Organization of African Unity’s (OAU) report, ‘The Preventable Genocide’. Yet some Africans played an admirable part, including Amb. Ibrahim Gambari, who lobbied for intervention in Rwanda as Nigeria’s representative to the Security Council, or peacekeepers like Captain Mbaye Diagne, a Senegalese soldier who risked his life to save hundreds of children, women and men. This solidarity in the face of adversity and tragedy is a value which lies at the very foundation of the African Unity. Lessons from the genocide have also been crucial. It served as a devastating reminder of the dangers of weaponized ethnic identities and social injustices, which can be found all over our continent. It also illustrated the importance of being alert to warning signs and acting on them – a crime of this magnitude did not come out of nowhere. Following 1994, Rwanda has also proved a valuable lesson for Africa. Rebuilding a country in the aftermath of violence, particularly a devastating and traumatic genocide, is one of the biggest challenges anywhere in the world. Rwanda has not only overcome this danger but prospered as a nation by pushing a broader vision of reconciliation encompassing socio-economic and educational inequalities. The Rwandan government strived to facilitate the healing process of the nation, by improving Rwandan’s living conditions and encouraging people to think for them and to be open-minded through schooling. Need for concrete measures Since its inception in 2002 the African Union has been taking steps to resolve extensive peace and security challenges facing the continent. The harsh lessons from the 1994 genocide against the Tutsi were at the root of the dramatic normative shift from the OAU’s dogmatic principle of non-intervention to the AU’s principle of non-indifference. The Peace and Security Council (PSC), the highest standing decision-making body on matters of peace and security in Africa, has had several success stories. Since its establishment, the PSC has launched several mediation and peace-making efforts, including in Kenya, Sudan (Darfur), Sudan, and South Sudan. The PSC also deployed military peace support operations, in Darfur, Somalia, the Comoros and in central Africa against the Lord Resistance Army (LRA). The African Union Mission to Somalia (AMISOM) made considerable progress against al Shabaab. Despite these great strides, the AU still faces challenges to prevent genocide and crimes against humanity. The anniversary of the 1994 genocide serves as a stark reminder that the AU cannot be a spectator in the face of violence of this nature. Preventative measures are also crucial. We cannot stress enough the importance of education in preventing the recurrence or occurrence of genocide. Young people must be taught about the dangers of any form of discrimination – for instance, through the elaboration of a continental curriculum on preventing genocide. Equally, there must be a renewed emphasis on the fight against impunity. Even in the Rwandan case, 28 years later, perpetrators of crimes against humanity still roam free across our continent. We must send a united message to anyone who has committed such crimes, or may do so in the future, that there is absolute solidarity among our nations, and that we will stop at nothing to deliver justice. All countries should establish legal frameworks that punish genocide perpetrators, whatever their nationality. Failure to do so will only increase the likelihood of future atrocities. Looking to the Past and the Future On April 7th, we are reminded that genocide represents the most flagrant crime against humanity and negates everything the African Charter and our African values stand for. As we approach three decades after the genocide against the Tutsi, Let us reflect on steps that the continental body needs to take to be able to move from aspirations to actions. In this regard, all AU Member States and all African citizens should seize this occasion to raise awareness on the threat of genocide and to ensure that “Never Again” becomes a reality. As a continent, we must show solidarity and resolve by bearing primary responsibility for legislative, institutional and educational measures to prevent and to intervene against genocide and other mass atrocities. The 28th commemoration of the genocide against the Tutsi in Rwanda will take place in a hybrid format, at the Nelson Mandela Hall of the AU Headquarters in Addis Ababa, Ethiopia and through the Zoom online platform. The AU Peace and Security Council (PSC) will also hold an Open session in May 2022 on the prevention of the ideology of hate speech, genocide and hate crimes in Africa. Other public activities will punctuate these statutory events to mark the #Kwibuka28 campaign.